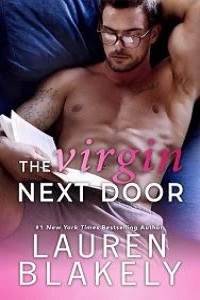 I Shall Call Him Mister Sexy Pants

I know a thing or two about fetishes thanks to my super-secret dating-in-the-city column, but I didn’t know about my own fetish until it began a few months ago. I’d just landed the column gig, so I took myself out to celebrate, as one does, with cake.

The guy who served me the slice at Peace of Cake was sexy and clever, and we flirted over frosting for a few minutes, talking about nerdy things like fractions and synonyms. But then, a pack of teenagers swarmed the shop. I had to go, and I never got his name. He called me Miss Polka Dot. I called him Mister Dessert.

I returned a few days later, but he wasn’t there. Turned out he’d just been helping out a friend. I had no idea where to find him.

But a month after that, I was sitting on my third-floor balcony of my apartment in the Village, watching New York go by in the spring, when I spotted him walking down the street. And what a view. This specimen of bearded, inked modern man wasn’t picking his clothes from the conventional dude-drobe of baggy pants, loose jeans, or Boring-with-a-capital-B khakis. He was clearly dressing for my delight in those trim, checked pants that hugged his legs.

I, Veronica Valentine, had discovered a brand-new kink. I had a thing for men wearing trendy, tight trousers, as I went on to detail the following week in my anonymous column, The Virgin Club.

But then, a little while after that, life happened, things happened, trouble happened, and my crush crashed into the middle of my life, where I’d have to see him every single stinking day.

The plan? Make sure he never, ever knows he’s the one and only Mister Sexy Pants.

A tiny speck of glitter floats through the afternoon light from the living room window, like dandelion fluff. Then, it hovers above my keyboard and parachutes onto the letter Q.

Glitter is the devil.

I flick at it, but the obstinate turkey won’t vacate the key. I lean forward in my vinyl kitchen chair, then blow on the enemy.

Bye, bye, you glittery imp. You will not ruin my editorial letter to Agnes Millicent.

With the keyboard again pristine, I return to my letter to one of the cleverest children’s book writers of this generation. I’m ready to tell her how she can tease out the conflict between the frog and the prince a smidge more when . . . bastard!

Another emerald particle skydives onto the keyboard.

I head to the bathroom, my tan Chihuahua trotting gamely behind me because no woman is allowed to use the restroom without her dog. I check out my reflection, and what the hell? My neck shimmers like tinsel on a Christmas tree.

“Did you knock a tube of glitter onto me, StudMuffin?” I ask my boy.

Big bat ears pop up like radar dishes, but he doesn’t confess. He tilts his head in the direction of . . . of course.

The sleeping Siamese lies posed like an odalisque, his rotund body stretched across the hall floor.