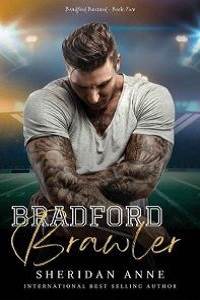 The words circle my head as I pace through the small mirrored room. I don’t understand what’s happening. One minute I was sitting in class, determined to spend every minute ignoring Tanner, and the next thing I know, I’ve been arrested for the attack on his younger sister.

What the fuck is happening?

It’s been four hours, and no one has told me a damn thing. I’ve been left alone, waiting, scared, and panicked. No one has come for me, no one has even bothered to tell me what’s going on. Only one woman asked me if I required my lawyer, but I’m only eighteen. I don’t have a lawyer, especially not one Mom or I can afford.

This isn’t right. I’m innocent, and no matter how many times I scream it at the stupid two-way mirror, I fear my pleas are falling on deaf ears. They’ve already made up their minds. To them, the word guilty is already stamped across my forehead.

What the hell am I supposed to do?

This isn’t some ridiculous shoplifting charge or a slap on the wrist. A crime like this means prison time. This is life or death. This is my whole fucking world and it’s caving in before my very eyes, and I’m drowning in it. I don’t know how to save myself.

My hands push back through my hair as I pace the room for the millionth time, my heart racing with fear. I try to hold my tears at bay, try to swallow over the lump in my throat, but there’s no use. Until this bullshit gets sorted out, I won’t be able to calm down.

This shit stinks of Colby, and the minute I get out of here, he better watch himself. I will not go down for this, and there’s no way in hell I’m going to allow him to walk free. One way or another, he will be punished, but now, the only issue is who gets to be the one to do it. I know Tanner wants to put him in the ground, and maybe he’ll get his chance, but not before I get my hands on him first.

Fuck, I’ve never felt rage like this before. It’s like a searing hot poker piercing straight through my spine and boiling me from the inside out. Is this what it’s like for Tanner when he loses himself?

I stop pacing and stare at my reflection through the two-way mirror, knowing they’re just standing there, thinking they have me right where they want me.

The words go round in circles.