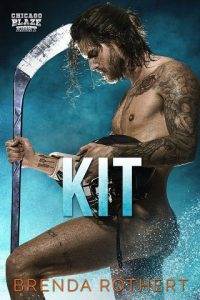 “City desk, Molly Lynch,” I say into the phone as clearly as I can while finishing the last bite of a turkey sandwich at my desk.

“Lynch, get in my office, now!” my boss Lou barks, hanging up abruptly.

Lou refuses to join the twenty-first century and embrace the use of IMs. When he wants a reporter in his office, a growly phone call is all it takes to make us jump from our desk chairs and sprint to the other side of the Chicago Gazette’s second floor.

I wind my way through the open-floor plan room, passing each desk as I wrinkle my nose at the smell of something rotten. God, I hope that’s not someone’s lunch. My stomach rolls at the thought.

“Hey Molls, can you look at this?” my co-worker Jenna calls out as I fly past.

“Later, I’m on my way to Lou’s office,” I yell over my shoulder.

“Keep it down; this is a newsroom, not a bar,” a grouchy copy editor says as I pass him.

And yet, we probably have more drunks here than in a bar. The longer one works in journalism, the more one needs a way to cope with the insane hours, stressful deadlines and general contempt from others. My drink of choice is hot green tea rather than alcohol, because in my first few years as a reporter, I’ve seen several colleagues end up in rehab.

“What’d you do, stop for lunch on the way?” Lou demands when I walk into his office about a minute and a half after our phone call—I clocked it.

“I can’t get here as fast as I could when your office was in the newsroom,” I remind him, breathing hard from my post-lunch power walk. “Back when you were the lowly city editor rather than the metro-area executive editor.”

“That’s a bunch of horseshit and you know it.” He waves his hand and pushes a stack of papers across his desk. “If the owners keep firing editors and combining positions, I’ll be the goddamned publisher before long.”

I glance at the watch on my wrist. “I have to be at city hall at one for a presser.”

“A new assignment?” I arch my brows as I move a stack of print papers off the chair across from Lou’s desk and sit down.

“What are you, a parrot?” Lou shakes his head.

I suppress an eye roll and rein in the sarcasm as I explain, “That was a rhetorical question. I’m just surprised you’re giving me more work.”

“Look, I know you’re spread thin, between your regular beat and covering for Laura. But you know the drill—the new ownership isn’t letting us fill any open positions in the newsroom.”

“I know, I get it. So what now? Am I covering the entire metro area on my own?”

“You’re doing a feature story for a special section.”

I groan and slouch down in my seat. “Seriously? Special sections suck. No one reads them.”

“Agreed.” My boss peers at me over the top of his wire-rimmed glasses. “But advertising is forcing this on us.”

The Gazette’s city hall reporter, Laura Hinshaw, is out on maternity leave and I’m working night and day covering both her beat and my own. But she told me before she went on leave that she was fifty-fifty on whether she’d return to work or stay home with her baby, and if the city hall beat opens up, I want it. Badly.

I don’t have time for anything extra right now, but I want to stay in Lou’s good graces, so I’ll find a way to work in another story.

“Fine.” I cross my arms, resigned. “I’ll set aside my story about the city’s massive budget shortfall to write a scintillating piece about why Chicago is a great place to shop.”

“That sounds fascinating, Lynch, but the special section is about famous Chicago people.”

“Oh!” I light up, thrilled about the assignment now. “Oprah! Can I please have Oprah? She did her show from here and has done so much for the city, she’d be perfect. I have so many questions for her.”

“Christ, Lynch.” Lou glares at me. “You’re acting like some fresh-faced intern who hasn’t yet been crushed under the filthy boot that is journalism.”

“I’ve been a desk reporter here for five years,” I remind him. “I’m twenty-nine. I may not be a senior reporter, but I work my ass off every day for you. I put in more hours than anyone, and I deserve to interview Oprah as much as someone who’s been here longer.”

Lou lets out one of his trademark throaty smoker’s laughs. “If we all got what we deserved, I’d be on a beach in Tahiti sipping mai tais served by supermodels right now. But reality’s a bitch, Lynch. No one’s interviewing Oprah. All the reporters got assigned someone, so you’re stuck with whoever you got.”