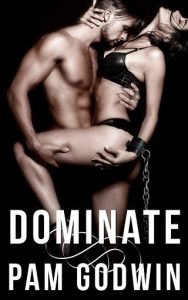 There were many reasons to jump, but Rylee Sutton only needed one to step off the ledge.

He was her one.

Her first love, her best friend, her husband.

He had been her ever after.

Now there was no future. No do-overs. Nothing left but inconsolable pain.

She couldn’t breathe. Couldn’t see through the searing blur of tears that poured from the damage inside her.

Goddammit, she was a mess. How had she ended up here?

Perched on the bridge high above the Pecos River gorge, she dangled her feet over the yawning black abyss, her flip-flops clinging precariously to her toes. Another sob shuddered up, and she angrily kicked off the sandals, sending them tumbling into the dark.

She would be next.

After a four-second fall at seventy-five miles per hour, she would crash into the Pecos River with the force of a speeding truck colliding with a concrete building.

She’d thought about this a lot, had done the research, and knew this was the one thing she would not fail.

If she only knew where she’d gone so terribly wrong.

She’d supported Mason through thirteen years of medical school and residency, worked multiple jobs to pay off his student loans, and delayed her own career pursuits to assist the startup of his private practice.

Together, they’d been an unstoppable team. The power couple that all others envied. She’d helped him become an orthopedic surgeon, and now, he was supposed to be at her side while she studied criminal justice.

Only he wasn’t with her.

He was with someone else.

Anguish surged faster, harder, wracking her body in vicious waves. She clapped a hand over her mouth and sobbed against her fingers.

She loved him so much it hurt. She hurt so badly she couldn’t see past it. Couldn’t see anything but the images of him with another woman.

“I knew, Mason,” she cried, yelling at the moonless, unfeeling sky. “I’ve known for months and refused to believe it.”

She was an idiot.

His late nights at work, shady excuses, casual flirting with other women, disinterest in sex with her—all the signs had been there, glaring at her. So two nights ago, she followed him. Watched him enter an unfamiliar house without knocking. Waited for him to come back out.

When he didn’t, she stormed right up to the front door and opened it.

No amount of suspicion could’ve prepared her for the sight of her husband banging a woman against the wall. He hadn’t even made it past the front room before shoving his dick inside her.

Rylee had lost her shit. Utterly. Maniacally. She’d screamed. He’d begged for forgiveness. She’d left in her car, and he’d chased on foot.

The devastation was so complete she couldn’t remember the last two days. She hadn’t gone home. Instead, she’d driven five hours through the desert, stayed in a motel, and found herself in Nowhere, Texas, staring over the side of a bridge.

She couldn’t pull herself away from the ledge. Revenge was gnawing. Consuming. Demanding that she hurt him as deeply as he’d hurt her.

Her death would destroy him.

Lifting her phone, she glanced at the twenty new texts and missed calls. He’d left hundreds of messages over the past two days, ranging the spectrum from denial and anger to guilt and fear. He was sorry. He wanted her back. He would do anything for her. Blah, blah, blah.

If she went home, maybe he would wear her down and convince her to stay. But she would never forgive him. Never forget. He’d decimated the very foundation of her existence. She didn’t have the energy to rebuild. Couldn’t fathom starting over at age thirty-one.

She didn’t want a life without him.

His messages would go unanswered. But she wouldn’t depart this world without the final word.

Tears fell in steady streams down her cheeks as she opened the camera on her phone, switched to video mode, and pressed record.

“Mason, you dumb son of a bitch. You fucked up. You fucked around, and you fucking lost me. I’d say that I hope it was worth it, but I know it wasn’t. The moment you put your dick in her, you ruined both of our lives.”

The light post across the bridge illuminated a halo behind her, but the screen showed only her face. A ghastly, puffy-eyed, old face. She stared at the image for several seconds, shocked by her reflection.

“The face staring back at me isn’t mine. It’s the face of a defeated woman. I don’t recognize her. I don’t accept her, and I fucking despise her for the things she cannot change.” She swiped at the torrent of tears, unable to rein in the fury in her voice. “I read your messages and listened to your voicemails. You claim it was just sex with that woman, that it meant nothing. If that were true, why do I feel so dead? I used to get tingles every time I thought of you. Now I just feel cold and sick with this slimy, hateful sensation stuck in my gut. That’s never going away. So I have a choice. I can live with the pain. Or I can end it.”