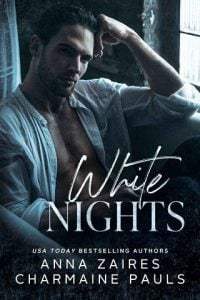 This is his favorite moment, right before he pulls the trigger. He’s calm and focused, his senses heightened. In that split second before he takes a life, it’s as though everything happens in slow motion. He’s aware of his own breathing, deep and even, and of the steady beating of his heart.

One living being about to destroy another. There’s power in that, and beauty. He’s grown to appreciate it over the years, to derive enjoyment from something that had initially eaten at his soul.

He’s not a psychopath. Maybe others of his kind are. If so, he envies them. No, he has emotions, deep, strong emotions that fill him to the brim. He loves and hates with equal passion.

Yet he rarely feels anything during a hit. Not anymore. When he’s on the job, he simply thinks of himself as a hunter—a hunter with a very specific prey.

This particular hunt has been longer and more difficult than most. His target is as dangerous as the assassin himself. The man he’s about to kill displays many of his own traits, and he has no doubt his prey was once a predator himself.

Then again, none of the men he’s commissioned to kill are angels. He doesn’t kill the innocent. He dispatches the guilty.

The man in the scope of his rifle is fully deserving of what’s about to befall him.

Taking a deep breath, the assassin gently squeezes the trigger.

June Wallers, the nursing supervisor, bursts into the tiny room where I’m wolfing down my dinner.

Sighing, I put down my half-eaten sandwich, take a sip of water, and follow June down the hall. It’s not the first time this week that my allocated dinner hour has turned into a ten-minute snack break.

The economic climate has taken its toll on New York hospitals, with budget cuts leading to hiring freezes and staff layoffs. Even now, the Emergency Room at Coney Island Hospital is three nurses short of what it needs to function properly. Other departments are also short-staffed, but their patient flow is more predictable. At the ER, however, it’s always a madhouse.

This week is particularly trying. With the beginning of winter, it’s flu season, and one of the nurses got sick. It’s the worst time for her to be off, given the extra influx of patients. This is my fifth twelve-hour shift this week, and it’s a night shift, something I hate to do but can’t always avoid. June begged and I gave in, knowing there was no one else available.

So here I am, skipping dinner again. At this pace, I’ll be skin and bones before the flu season is over. The flu season diet, my mom likes to call it.

“What’s the emergency?” I ask, walking faster to keep up with June. At fifty-five years of age, my supervisor is as spry as a twenty-year-old.

“We’ve got a gunshot wound.”

“We’re not sure yet. Lettie’s shift just ended, and Nancy is with the patient.”

Shit. I almost break into a run. Nancy is a first-year nurse. She’s trying hard, but she needs a lot of guidance. She should never be on her own without a more experienced nurse present.

“Now you see why we need you,” June says.

I nod, my pulse speeding up. This is why I went into nursing. I like the idea of being needed and helping people. A good nurse can mean the difference between life and death for a patient, particularly in the ER. It’s a heavy responsibility, but I don’t mind. I like the fast pace of work here, the way twelve hours fly by. By the end of each day, I’m so exhausted I can barely walk, but I’m also satisfied.

The ER teems with activity when I enter. Approaching one of the curtained-off sections, I pull back the drapes and take everything in with a quick glance. The gunshot victim lies on the stretcher. He’s a large man, tall and broad. I guess him to be somewhere in his late twenties or early thirties.

Nancy, the first-year nurse, is applying pressure to the chest wound to stop the bleeding. Two men stand nearby, but I pay them little attention, all my focus on the patient.

After making quick work of washing my hands and pulling on a pair of gloves, I take charge. The patient’s pulse is weak, and he’s having difficulty breathing. The bullet must’ve hit a lung.

“He’s going into hypotensive shock,” I call out.

Dr. Stevenson rushes over. He swiftly confirms that the patient is experiencing a tension pneumothorax. A few minutes later, we’ve got a tube inserted into his chest.

The patient’s pneumothorax decompresses, and he drags in a breath. Good. Now we need to stop the bleeding. There’s both an entrance and an exit wound. The bullet went straight through. Judging by the location of the injuries, it must’ve just missed his heart. Another inch and the man would be occupying a body bag instead of this stretcher.