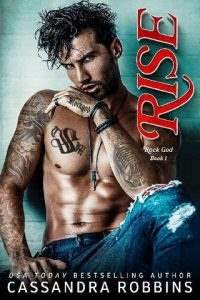 The Night We Met – Lord Huron

Love is a Bitch – Two Feet

Do It for Me – Rosenfeld

You Really Got Me – The Kinks

Don’t Let Me Down – Stereophonics

She Talks to Angels – The Black Crowes

House of Pain – The White Buffalo

Where Did You Sleep Last Night – Sleigh Bells

Within Your Reach – The Replacements

In Your Eyes – Peter Gabriel

She stands in the rain, droplets of water running down her face to her feet. The moonlight makes it seem even more ominous than anything the daylight could spread.

Her pain seeps out of her, almost as if her tears are the reason she’s wet, rather than the rain that has soaked the parking lot.

The pulse of rage pounds my temples along with my adoring crowd behind me. The stadium energy is alive. It vibrates through me as I watch her.

“Why?” she yells at me. Her long, wet hair sticks to her face.

The guitar solo behind me wails as they chant my name. I wonder if they know how much I need to hear them?

This is the moment I die and become reborn.

Her grief will heal; mine will fester and ooze. It’s poison, growing stronger daily until my heart will not beat for her anymore.

She is, was, my anchor. My fucking lifeline to the real me.

I watch her beautiful face in the moonlight, her pale skin never looking more striking at this moment, until she backs away from me, taking my soul with her.

Agonizing pain seizes my chest as I let her go.

I don’t reach for her.

I don’t stop her, though the pain’s so excruciating it’s as though I’ve swallowed a knife. The slow descent slices my insides.

The bike waits for her like a living creature. An angry, living beast, its exhaust fills the area. It rumbles and vibrates on the pavement, reminding me that no matter how high I rise, I’ll always be the man who hemorrhages grief.

She hesitates, her hand on his shoulder.

I hear my heart pound and know it’s hers calling to me.

“I hate you, Rhys Granger,” she screams. Her thin body trembles as she swings one long leg over the seat and climbs on, clinging to the biker in front of her.

I can’t see him. Don’t need to. I know his rage, and I’d feel the same if the roles were reversed.

His dark bike shines, almost glows in the moonlight. The sky blasts an eerie white zigzag across the black night. The pelting, almost stinging rain burns my sensitized skin. I open my mouth to try to take back all that has happened, to make her stay.

But I stop myself.

I owe her more than that.

The guitar solo is almost over and the lights from the stadium lasers fill the wet night with color.

My followers never leave. They’re what I need to focus on. Even with Mother Nature sharing her grief for me, my people love me. They know I bleed for them, and in return they give me their undying devotion.

The bike, like a dark demon, speeds away, the red taillight illuminating the two figures who seem to evaporate into the wet night.

For a second, I move as if I can actually catch up with the lead horse. I rip off my soaked shirt as if to shed my skin, or at least her scent, but stop as I acknowledge the truth: this is it.

She’s mine and she’s gone.

All the people I love end up getting hurt.

The rumble of the crowd stops me, calls to me. Like a junkie with his addiction, I slow. We never had a chance.

Timing. The one thing you never escape. Our past formed our future.

Tossing the wet shirt to the ground, I reach for my heart, then look up into the rain-filled night and let it wash away my guilt.

Betrayal stings like a bitch, and no amount of Mother Nature’s cleansing tears can rid me of who and what I’ve become.

I’ve lost my muse, the one love of my life.

The crowd chants my name. I embrace it, let it fill me, build me up, the adrenaline of their screaming love allowing me to accept who I am.

As if the universe agrees, it lets out a loud, explosive crash of thunder.

She’s gone and taken my heart with her but this… I still have this.

I start to walk, but the water weighs me down. Hands touch me, and someone passes me a bottle as I make my way up the stairs.

The crowd roars as if my very presence has brought them to life.