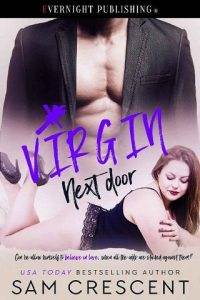 “And that’s why we moved here and I know my daddy is very excited. He can’t buy me a pony yet but maybe one day. He did promise he’d buy me a pony and I would really like one. I spend all year being good but I know a pony has to come with like special care so I get it, I do. Do you think I should have a pony?” Katie asked.

Ann Adams glanced over at her neighbor’s daughter. Katie Bruce had been coming to her house for random visits ever since she moved in a couple of months ago.

“Do you think you’re ready for a pony?” Ann asked.

She didn’t know her neighbor’s plight, or his situation. Only the few run-on conversations she had with his daughter. Ann adored the young girl. Katie was a sweet kid, only five, and they’d moved here from the city. No sign of a mom. In fact, Katie never even spoke about her mother. There was nothing.

As Katie swam the length of the pool, Ann kept an eye on her.

The young girl had appeared in her bathing suit, and Ann knew without even asking that she’d been watching her from the bedroom window. Their houses were close together. The day she moved in, so had her neighbor, Eli Bruce.

Tall, sexy, but not handsome in a classic way. From what she saw, he had a stern expression. Thick arms though. The kind that would make a woman feel safe, protected, warm. Damn it, she didn’t want to spend her time thinking about those arms, but they were already on her mind.

Every single time she saw him, he stood, arms folded, glare in place, wearing a tight shirt and jeans.

He did look mouthwatering. In an older, more mature kind of way. She didn’t have a clue how old he was, and the truth was, she didn’t care. Age was just a number.

“But ponies are cute,” Katie said.

Ann laughed. “I know, but you forget you have to care for them, don’t you? Clean up after them, muck their stalls out, feed them, make sure they’re happy.”

She chuckled. “I love dogs. When I can, I’m going to adopt one.”

“Can I come and pet it? What if it’s vicious and wants to bite me?”

She adored this kid. “No, it won’t bite you, I promise.” She didn’t believe dogs had it in them to bite anyone.

“You won’t get a biter.” Again, another promise.

The sound of a man clearing his throat drew her attention toward the fence, which was tall, but seeing as he was over six feet, he looked over it easily.

“I can see that, sweetie. I tried to knock on the door,” Eli said, looking at her.

“Oh, yeah, one second. I didn’t hear you. Katie, out of the pool until I return,” Ann said.

Without arguing, Katie paddled to the edge of the pool with her and ran to where their drinks were waiting.

After grabbing a towel, Ann ran it down her body, drying her legs before going for her hair as she walked out to the front door.

Mr. Sexy was already there, arms folded. “You didn’t have to take her,” he said.

She stepped back to let him inside. “I don’t mind.”

“She’s got to learn she’s not always welcome.”

“Who really needs to learn boundaries.”

Ann pressed her lips together. This conversation wasn’t a new one. “I don’t like … sending her away. She’s a lovely kid, Eli.”

He turned his gaze on her. “Yes, and when you decide to live it up with parties and boyfriends, believe me, she’s going to feel the sting.”

“Please, you’re young. What, straight out of college?”

“And you think every single woman who is out of college should be living it up? Screwing around?” It was on the tip of her tongue to say fucking, but she didn’t. The last thing she wanted was for Katie to hear.

“Yes, you should. Every person who doesn’t have responsibilities should have fun.”

“I don’t mind Katie coming around.”

“I’m the one who is going to deal with the cleanup when you get a life.”

“Hey, Daddy, did you know Ann is going to get a doggy? I can’t wait for her to get a doggy. It’s not going to be one that bites though. She promised. I love going swimming. Come on, Daddy. She’s going to be grilling later. We love to grill.”

“But she said it was no trouble. I asked, didn’t I, Ann?” Katie gave her those cute eyes.

“I don’t mind. I’m grilling later and I’ve got more than I can eat.” She was going to use the food she was grilling for a couple of days, but it was no big deal. She’d always shopped on a budget, and living in this beautiful house, she was more than happy to ration everything in her life.