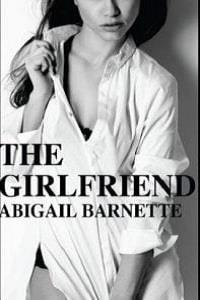 When you're pregnant by your billionaire ex-boss with whom you've just had an ambiguous breakup, you need your best friend to get through it all.

Unfortunately, mine was headed for Paris, for fittings and run throughs for Elie Saab's runway show. I was so proud of Holli, and so freaked out at the same time. We’d lived together since our first semester of college. The longest we'd been apart had been for a few days, visiting family. Now, I wouldn't see her for four weeks, as she was immersed in a media blitz carefully orchestrated by her brilliant agency.

Everything seemed to have exploded for Holli overnight. Not only would she be walking in her first fashion week show, she'd also be featured in the pages of French Vogue. The side-trip to London, to be interviewed for a BBC documentary about body image, was going to be the thing that pushed her over the top, I knew, even if she was trying not to pin too many hopes on the next month.

I was bursting with happiness for her, but I have to admit I was slightly bumming myself out by comparing our situations. It was difficult, though; her career was taking off like a rocket, and mine had burnt up on reentry.

“Baby, you are gonna miss your flight,” Deja, Holli's girlfriend, called out with the certainty of a mother telling her kids they were going to miss the school bus. I didn't envy her the task of trying to herd Holli to the airport.

Dressed head to toe in sleek, sexy black, from the very professional cut of her blazer to the very rock star chic matte leather pants she wore, Deja could have been a model, herself. Her dark brown hair was pulled back in a sleek, low ponytail, and her brown skin shone beneath what I suspected was Smashbox Soft Lights bronzer.

“She’s already packed, unpacked, and repacked six times,” I said, looking up from my bowl of cereal to nod toward Holli's bedroom. I stood beside the refrigerator in the same pajamas I had been wearing for the past four days, trying really hard to not be miserable in front of Deja. She still worked for my possibly-ex-boyfriend-slash-definite-baby-daddy, Neil Elwood, successful publishing magnate and idiot man-child billionaire.

That was just the kind of resentment I couldn't express in front of her. I really didn't want to put her in the middle of anything. I had been the moron who'd dated my boss; why should Deja suffer awkwardness as a consequence?

But, I guess it’s impossible to not look miserable when you haven't showered since before your maybe-ex’s emergency hospitalization. Deja’s big, dark eyes filled with sympathy as she looked at me. “Still haven't heard from him?”

In my anger leaving the hospital the night of our kind-of breakup, I'd asked Neil to give me a few days to cool off. Or think. Or something. I'd been faced with the choice of taking a job with my old boss's new magazine on the condition that I discontinue my involvement with Neil, who was currently running Porteras— the magazine I used to work for— into the proverbial ground. Neil had given me an ultimatum. Okay, maybe it had been a reality check. He'd said that if I turned down a job to be with him, I was making a commitment whether I called it that or not, and he was right. But everything had been moving so fast between us, I’d panicked. And now I had no idea what was going on with him, because he was still in the damn hospital and I’d told him not to call me until he got out.

Deja had fed me what information she could, but all anyone at Porteras had been told was that Neil had been hospitalized for exhaustion. Which was the stupidest excuse in the book, and totally transparent to anyone who knew Neil. The man didn't get “exhausted.” Once, we'd gone for a seven-mile run together, only to come back and have aggressive sex in the shower. I'd barely been able to stand; he hadn't seemed even slightly winded.

I shrugged, repeating what I’d told Deja and Holli every day since Monday morning, when I’d filled them in on the details. “No, but it's okay. I'm using this time to process. Anyway, I have to go get showered and dressed. I have a doctor appointment today, about the—“ I gestured to my stomach.

“Do you want me to go with you?” Deja offered. “I can swing back over after I drop Holli off at the airport.”

Deja had a car. I didn't know anyone else who was our age who had a car in the city. God, she was so cool.