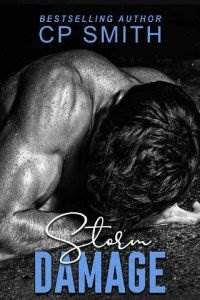 SIPPING COFFEE AS a new day touched the mountaintops, I closed my eyes and let dawn settle deep inside of me. Hues of pink bled into orange, with the beginning of big sky blue following on their majestic tails. Each morning Montana gifted you with a one-of-a-kind painting no artist could duplicate. The sheer beauty, stillness, and absolute isolation you felt as the sun tiptoed across the horizon, either broke you into a thousand fragments or healed the tattered shards of your soul.

Today it eased the constant ache, which had buried itself beneath my skin until I couldn’t breathe. It pushed the nightmares into the shadows so I could focus on what mattered most: my younger brothers, Jake and Josh.

Steam rose from my cup as I searched the vast landscape surrounding Madison Valley. No trees stood in the way of the rising sun in our neck of the woods, deterring laziness in those who called Ennis, Montana, home. Sleeping in required room darkening shades, which we didn’t have in the house I grew up in. My father never believed in wasting the day away in the comfort of your bed, and I’d inherited that trait, much to my brothers’ discontent. Early to rise and late to bed was a condition my body had thrived on since college. Which was good when you owned a bar and a five hundred acre stretch of land.

The bar was our livelihood, the only thing keeping a roof over our heads. The ranch—in name only if not in spirit—was the Goliath around our necks. She was a beautiful sprawling land, slowly fusing with aspen and pines bordering the Madison River and Ennis Lake. But there were no cattle in sight to help cover the bills. Most people would have given her up, but The Sarah, our ranch, was all we had left of our mother and father. We were determined to keep her at all costs.

My father had won the rambling acreage in a poker game, then promptly named our pseudo-ranch after my mother, Sarah James, his high school sweetheart. It was a romantic and tragic gesture at the same time. Romantic because he named it The Sarah even after she married Justice Bear—the same man he’d won the land from—to save her brother’s life while my father was deployed overseas.

Yet the tale was tragic for two reasons.

Firstly, my mother’s sacrifice was for naught. Her brother only lived a few years more, despite the experimental drugs Justice’s wealth bought him. And secondly, even though my parents found their way back to each other—thanks to Justice Bear being an asshole with a wicked right hook—my parents’ love story only lasted long enough for my brothers and me to be born.

When I was eight, my mother died from complications during childbirth with my youngest brother, Josh, leaving all of us heartbroken. We never recovered from her loss, but the four of us persevered as best we could until we also lost my father two years ago. He succumbed to a Gulf War related cancer, leaving Jake, Josh, and myself orphaned. And me, at twenty-three years old and barely out of college, in charge of my two teenage brothers and the family bar. Life certainly had a way of sneaking up on you when you weren’t looking—and punching you in the face.

Taking a deep breath to calm the relentless ache those memories triggered, I looked across The Sarah to the top of a rise. A log home the size of the White House stood proud on an outcropping, looking down on the valley below. Bear Claw Ranch was a silent sentry to our land. It had been my whole life. Our little strip of heaven used to belong to the expansive ranch until Justice got cocky and lost our land in a poker game.

When I was younger, I never understood why my father wanted to live so close to the woman he’d loved and lost. As I grew older and realized what a bastard Justice Bear was, I knew it was to protect her if she needed him. And they’d stayed in his shadow after she fled from Justice for the very same reason: to protect my half brother, Chance.

The night my mother tried to leave her abusive husband, she’d taken Chance with her, but Justice caught her before she could escape. He’d beaten her like a dog for daring to defy him, then threw her off the ranch and kept Chance with him. When my father found out, he refused to let her go back for Chance for her own safety. Instead, they’d fought hard for sole custody of my seven-year-old half brother, but in the end, Justice had won. The bastard owned everyone in the county and beyond, sealing my half brother’s fate. They gave sole custody to Justice, which broke my mother’s heart.