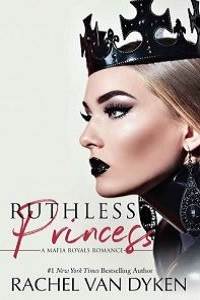 A little kingdom I possess, where thoughts and feelings dwell;

And very hard the task I find of governing it well.

“Shhhh,” Junior clapped a hand over my mouth as voices sounded around the corner.

I grinned against his palm while he rolled his eyes and leaned in, pressing me against the wall, we were blanketed in darkness, just us. His scent wrapped around me in a way that felt like a fantasy. He tasted like cinnamon; the heat between our bodies would sear a normal person alive.

But we weren’t normal.

We were best friends.

Who just happened to be sleeping together.

And he was a few months older—the dads would flip if they knew—all of them.

They wouldn’t approve. It was one of their many rules. And only they knew the real reason they didn’t want any of us together.

But telling me I couldn’t have what I want was basically like begging me to do it, I snuck into Junior’s bedroom when I was fifteen.

And the rest was history.

We’d been inseparable ever since.

“Mmmm…” Junior ran his hands down my sides, his fingers grazing skin as he tilted his head at a different angle. The hushed voices coming from the living room only made the moment hotter, more urgent. They’d kill us for being together.

I wasn’t even exaggerating.

That was the price we paid for being born into mafia royalty.

And yet, I didn’t care, maybe I would if I had a gun pointed at me, but right now? All I wanted was him.

“We’re going to get caught.” Junior pulled away and sighed, then pressed his forehead against mine, his eyes were an ocean blue almost teal, I always had trouble focusing when he watched me like he wanted me to know he saw everything and what he saw, he wanted—desperately.

“Not today, we won’t.” I wrapped my arms around his neck. “Besides, we know how to fight.”

He gave me a dubious look. “You do realize that the body count of both of our dads’ rivals that of the Capo…”

I ignored the mention of the glorified Godfather of the Five Families and pressed against his rock-hard body and winked. “Worth it.”

“Fuck.” He kissed me, again and again, pressing me so hard against the wall that I could feel every inch of him burning into me, dying for me.

My hands tangled in his hair as I tried to hold on to him, wrapping my legs around him, holding him prisoner.

The voices got louder.

We broke apart at the exact minute my cousin Ash rounded the corner and stared at us in frustration. “You’re going to get caught, and I’m not gonna go down with the ship.”

I grinned. “Awww, you’re just pissed because you aren’t getting any.” I loved teasing Ash. It was too easy to get him to react, just like his dad Chase, like a bomb ready to go off.

“You shouldn’t be getting any at all!” He clenched his teeth. “Uncle Nixon’s gonna flip his shit if he finds out about you two.”

“Dad will be fine.” I sounded more confident than I felt. My dad was a killer and the boss of the Abandonato Family. I loved him more than life itself. He would understand this; he would side with me; he always did.

I mean, I was his princess, heir to the throne, and we were best friends, me and my dad, not that he didn’t love Bella. My little sister was spoiled rotten, but she was ten years younger than me, which meant all the responsibility of the Family would fall onto my very capable shoulders.

“It’s not just that…” Ash looked between us. “If it was anyone else…”

“What the fuck is that supposed to mean?” Junior shoved Ash’s chest, causing Ash to stumble backward. He looked more annoyed than anything; I expected knives to get pulled any minute.

It’s how we solved everything.

We both gaped while Junior shoved him again. “The hell, man! You can’t say that name… not here.”

Ash made the motion of the cross over his chest like it would somehow prevent the past from haunting our future and sighed. “Look, all I’m saying is, if it were anyone else, they’d probably look the other way, but precious Serena shacking up with dipshit—” he grinned at Junior “—that’s you, by the way.”

“Fuck. You.” Junior pulled out his dagger.

It still had blood on the blade.

“You guys don’t know the history between them. Sure the bosses all look happy now, but Phoenix did some serious shit back in the day. Let’s just say there’s no way that this is gonna slide. One or both of you are going to end up dead, and then who would braid Izzy’s hair?”