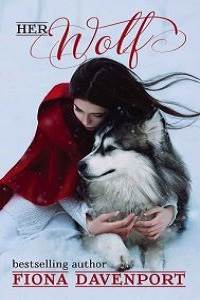 “I can’t believe we’re finally back at the dorm after what felt like the longest five-day weekend ever.” Larissa spun around in a circle with a big grin, her arms spread wide. Calliope and I glanced at each other and rolled our eyes. Neither of us had big plans for after high school, other than wanting to get out of our hometown and from underneath our parents’ thumbs. When Larissa suggested we all apply to the same college, Calliope and I had gone along with the plan. Then again, it wasn’t much of a surprise. We’d been following her lead since kindergarten.

Some of her ideas hadn’t turned out well—like the time we’d gone skinny dipping at Calliope’s parents’ lake house and almost got caught by a group of boys a few houses down—but all of us living together at school had been a stroke of genius. Getting my degree wasn’t super important to me, but I was doing better than I’d expected in my classes. Over the past few months, I’d loved living with my best friends and enjoyed being away from my mom’s watchful eye.

The drive back to my dorm felt almost as long as the entire weekend at home. My poor dad. Even while sitting next to me and talking to me the whole time, Mom managed to be a back-seat driver. “I almost can’t believe they actually left instead of my mom insisting they should spend the night here in town before heading back,” I grumbled, flopping down face-first on to my bed. Being home over Thanksgiving break had been a huge adjustment. My mom had practically been latched to my hip the whole time, without giving me a minute to myself.

“For a little bit there, I thought your mom was going to pull a blow-up mattress out of the back of their SUV and announce she was moving into the dorm with us.” Calliope sat down beside me and patted my back. “It’s a good thing your dad wasn’t on board with that plan or else we would’ve ended up with a fourth roommate.”

“Can you imagine?” I buried my face in a pillow, my shoulders shaking with laughter.

“Too easily.” Larissa dropped down on Calliope’s other side. The three of us barely fit together on the twin-sized mattress, but we’d squeezed into tighter spaces before—like the bench seats on the middle school bus that had been meant for two but we insisted on sharing anyway. “She’s always brought helicopter momming to a whole new level.”

“She really has,” I sighed, scooting up into a sitting position. I looped my arms around my shins and rested my chin on my knees. “And she took it to whole new levels over the break.”

“Yeah, but I bet you’ll miss her cooking.” Larissa grinned as she slid off the mattress to pad across the room and grab the container of chocolate chip cookies my mom had baked for us. Popping open the lid, she took a big bite out of one of them before bringing the cookies over to share with us.

“Maybe she’ll send more in her next care package,” Calliope mumbled around the cookie she was chewing on.

Larissa snagged another one and nodded. “I’m sure she will if Allegra lets her know how awesome they were.”

“Definitely,” I agreed with a grin. “She was already going on and on about all the things she forgot to get me, so I wouldn’t be surprised if I get a box in the mail next week. I’ll send her a text in the morning to let her know we already polished off this batch.”

Calliope grabbed another cookie. “I’d be shocked if you didn’t get three or four care packages from her before Christmas break even though it’s less than a month away.”

“Totally.” Larissa handed me the container before crossing the room to grab her purse off her bed. Digging inside, she pulled out a rubber banded wad of cash and wiggled it from side to side. “Meanwhile, my dad planned ahead so he wouldn’t need to send me anything for the next semester.”

“I like how your dad thinks.” I jumped up and grabbed the cash. Yanking the rubber band off, I fanned out the bills to count how much he’d given her. When I hit five thousand, my jaw dropped. “Dude. He realizes your books, dorm room, and meal plan are already all paid for, right?”

“Yeah.” She took the wad of money back and shoved it into her desk drawer. “But you guys know how he is, always worrying that I’ll miss out on stuff and trying to make sure I have anything I need.”

Larissa’s dad was as protective as our parents, but most people missed it. Not Calliope and me, though. Growing up with her, we understood that his gruff exterior masked his big heart. Even though he was kind of clueless about girls, he still rocked the whole single dad thing. “I know what you need right now.”