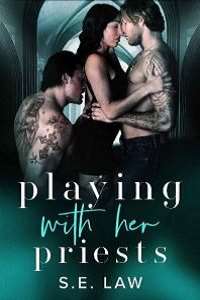 “Okay, everyone. The homework is on the syllabus. I also have office hours today, so please don’t hesitate to come to me with any questions.”

Notebooks are shut, pens are capped, and materials are packed away into backpacks and purses. Class is over, and it’s time for everyone to leave. I’m still getting used to school ending without a bell but it feels like such a high school problem. No one else seems to be hesitant about exiting once the teacher dismisses us, but I guess I’m still conditioned to get out of my seat after a very particular ringing sound. It’s Pavlovian, for sure.

But now I’m free as a bird, and whew! That class happened to feel extra-long today. It’s not that the teacher took any longer to teach, but I thought the hands on the clock were never going to get to their destination.

Fortunately, it was just a survey course. Since I haven’t picked a major yet, Gen Eds are all I’m currently taking. I’m really hoping to pick an emphasis by the end of the semester because it feels like I don’t have much direction, like I’m aimlessly drifting in a huge ocean. My aunt told me not to worry about it too much because I’m a freshman, but my scholarship won’t last forever, especially if I don’t do anything with this opportunity.

At the very least I have an idea of what I want. Art has always been of interest to me because it fills me with light and inspiration. As a result, I talked to an advisor informally, and she suggested I look into the Art History major. Hmm, maybe. It’s worth a thought.

But I can’t even think about the future because right now my tummy is rumbling. Maybe class felt long because it’s mid-afternoon and I am starving. Zero side of existential crisis, just hunger, pure and simple. And actually, it’s a couple of hours past noon. We are deep into the day at this point and my stomach literally cramps a bit from being empty.

My class schedule is a little weird, so I’ve been having pretty late lunches. It’s okay because a snack here and there keeps me sustained, but today I forgot my snack of berries and yogurt. As a result, my stomach is rumbling up a storm, and I feel ready to tear apart a sandwich like a wild animal.

I guess college is taking some adjusting to, since I’m used to my mom preparing meals for our family every day. It’s my first time on my own, away from my hometown in a new city, and everything feels jarring. Learning how the subways worked took me an entire week, and I almost ended up in the Bronx a few times.

But I think I’ve handled it well so far. At least, after that first incident when I got off at Pelham Parkway and looked around, utterly confused. The people were different, the buildings seemed smaller, and even the Starbucks looked strange. It was then that I realized I was in a different borough altogether, and I got straight back onto the train while shaking my head.

But that’s okay. This is what New York is about. I’m so excited to be here for college, and away from the small town I grew up in. Plus, the food is amazing. I love trying new cuisines and they have everything here, from Ethiopian to Kurdish food. Who even knew that there was such a thing as Kurdish food? But I love kubbeh and tashreeb because who doesn’t love veggies wrapped in hot, toasty naan bread? Definitely not me.

I want to rush off to get me some food right now, but I’m waiting for my friend Jessie. We try and eat together a couple times during the week, and I love spending time with her. She was the first friend I made when I got here and really the only real friend I’ve made so far. She’s a born and bred New Yorker which makes her an absolute godsend because with Jessie by my side, navigating the city became one hundred times easier. She taught me all the tips and tricks, like where to get a metro card and how to tell whether a bus is going uptown or downtown.

But now I’m really starving, and I don’t see Jessie’s typically excited self bounding down the hallway. I’m a little tempted to just go and get some food. I feel really bad ditching her like this, but I can’t get my stomach to calm down and it sounds like the Loch Ness monster somehow got trapped in there and is splashing about furiously. Jessie wouldn’t mind, right? She likes the Loch Ness monster, after all. Unlike me, my friend is a science person, and she adores reading sci fi and fantasy. She loves talking about things like Star Trek and King Arthur, although those subjects bore me, to be honest. I’m more into the hunky highlanders and warrior-like Vikings in my romance novels. Now those are a lot more exciting.