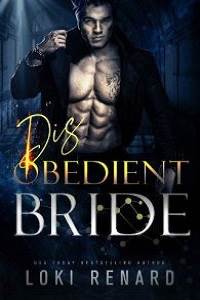 Someone is in my apartment.

I hear them moving around in the kitchen, and then I hear footsteps coming toward the bedroom. The clock tells me it is three minutes past three in the morning. Nobody should be here. My lips part to call out to ask who it is, but there is an older kind of fear that stops me from making any noise. I am frozen, my fingers clutching the coverlet, my breath short and shallow.

The steps are drawing closer. Closer. I want to believe this is a nightmare, but I am wide awake and completely helpless.

The door to my bedroom opens, and a man I have never met or seen before enters. He’s not wearing a face covering, and I can see his features cast in the light from the lounge. He has turned all the lights on, and now he flicks my bedroom light on too.

He is tall and he is broad and he has a sort of vicious expression on his face that would frighten me even if he wasn’t in my bedroom at three in the morning. Worse still, he is holding a knife. Not a kitchen knife. Not a machete. It is a thin rapier-type knife, a ceremonial blade which I am certain is just as sharp as any other.

He comes toward me without speaking. I have managed to get out of bed, but I would have to go past him to escape, and that is not going to happen.

I scream for help, but I know none will come. There’s no hope. My neighbors are old and deaf. I chose this building because it was quiet, not because it had good security. I never thought anything like this would happen to me. I’m not a flashy sort of girl. I’m the kind nobody notices. So I never expected to be noticed. I certainly never expected to be accosted by a knife-wielding maniac in my own home.

He grabs me, and the world goes into slow motion. I feel the vise-like grip of his massive hand on my wrist, spinning me around back toward the bed. Everything is so slow, but I don’t have time to think. All I can do is watch as my life is taken away. He releases my wrist and lunges for my neck. He is trying to pin me down by my throat. He doesn’t just want to stab me. He wants to stab me in a very specific way.

I am fighting him with everything I have. He’s much stronger, but I am battling for my life and that means I am using every bit of my strength to do that, even the parts you don’t usually have access to, desperate reserves of power drawn from every one of my cells.

It’s not enough to stop him.

The tip of the knife scratches my arm, biting deep. Blood starts to flow, and my panic rises. He’s going to kill me, and there’s nothing I can do.

He speaks for the first time in a predictably accented voice, and the order is terrifying. It’s not enough that he stabbed me. He also seems inconvenienced by the way I am bleeding. He wants me to be more orderly about it, stereotypically German.

Suddenly there’s a second man in my apartment. This one has an American accent. There has never been one man in my apartment before, and now there are two. My attacker turns his head just in time to receive tattooed knuckles directly to his jaw. There’s a crunch as his neck snaps backward and the rest of his body follows inexorably.

The American has blue hair and the expression of someone who is very much enjoying what he is doing, which is beating the hell out of my attacker. His muscular arms are pumping back and forth with harsh blows, hands like tattooed hammers inflicting massive damage on the face and body of my assailant.