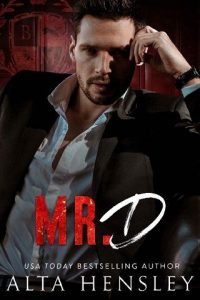 What makes a stalker tick?

How do they think?

What do they feel as they watch their prey?

Is it the same as how a hunter holds his breath right before he pulls the trigger? A momentary silence seconds before a deadly result.

I wondered about these things as they were such a part of my life.

But I had no choice but to struggle to cope.

Every single door in the house was shut and locked. The curtains were pulled close. The alarm system activated, but I still felt an evil trying to break in… watching… waiting… I could feel the demon there. It was so powerful. So consuming.

I’d warn them that a stalker was near.

And each time, the police would do their due diligence, pat me on the head, and be on their way. And each time, I felt that demon watching… laughing. The stalker wouldn’t get caught. He was far too smart for that.

I had my own personal ghost.

He only came out of the depths of the underworld for me.

I guess I should consider myself special.

Not every girl gets her very own beast to tango with.

My mother would call it star attention. Being a celebrity, she always told me that there was no such thing as bad attention, and you could spin anything in your favor. But that was the life she craved. Not me. I simply wanted to feel safe and to be left alone by fake people. Did I want love and attention from the right people? Of course I did. But not from the superficial and the plastic.

Peeking through the crack of thick curtains to see if I could see anything, I knew I needed to get the courage to go outside. I was late for school again, and I couldn’t stay hidden away in the house all day. I’d already missed enough school, and since it was my senior year, I really didn’t want to get held back again due to attendance. Being a nineteen-year-old senior was embarrassing enough. I had one last shot at this, or a GED was in my future.

Everything needed to be fast in order to break away. I grabbed my backpack, car keys, and all but sprinted to my vehicle. Would my monster follow? Maybe, but I couldn’t allow him to have all the control. Somehow, I had to gain some of the power back. Plus, I never felt like he was with me at Black Mountain Academy while I was there. If he were, I didn’t feel his presence or see his shadow out of the corner of my eye like I did when at home.

I didn’t need to look at the time to know school had already started for the day. The lack of students milling around their expensive cars or gossiping on the massive stairs leading up to the main building, told me all I needed to know. I would need to go to the office again, ask for a tardy slip again, and promise not to be late again.

“Miss Parker…” the secretary—Mrs. Whatshername—said. “This is the third time this week you’ve been here.”

“I know. Sorry,” I mumbled as I approached the counter to sign in. “Do you want me to write another note excusing myself?” There were perks to being a legal adult. She had to accept my letter rather than needing it from my mother or guardian. I legally could write it myself.

She pursed her lips and shook her head. “One minute.”

Walking away, she left me standing there awkwardly, anxious to at least be able to attend the last fifteen minutes of first period.

“Corrine Parker,” a deep voice called, snapping me from my thoughts. I looked over at Mr. D—the principal—standing in the doorway to his office, motioning for me to enter. Mrs. Whatshername stood next to him with crossed arms and a smug smile on her face. “Please come to my office.”

Releasing a sigh, and trying to not roll my eyes at how Mrs. Whatshername seemed to get joy in this, I obediently did as I was asked. This wouldn’t be my first trip to the principal’s office, but my first at this school. I knew it would be better for me and faster if I just smiled, apologized, swore I never would do it again, and allowed the lecture to come with no smart-ass or defensive remarks.

Although his office appeared like any other stuffy, sterile, and rich academy office I’ve seen before, Mr. D was far from the ordinary principal I was used to. For one, he was good-looking. And yes, I knew that students weren’t supposed to look at teachers or administrators in that way, but Black Mountain Academy was full of beautiful people—both students and faculty—and Mr. D was no different. Plus, the man appeared slightly rough around the edges. His dark hair was always slightly messy, his tie a bit loose, and his shirt never quite pressed to perfection. He almost seemed as uncomfortable with his required attire as the rest of the students felt in the uniforms we were forced to wear. And sitting near him now as he still stood on the side of the desk, I could see some colorful ink peeking out from beneath his rolled sleeves. I couldn’t quite make out what it was on his forearm, but it was most definitely a tattoo or possibly even several.