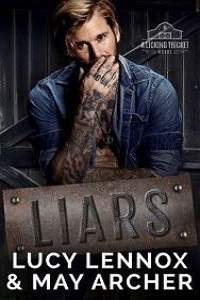 “There you go, handsome. One license for the new Partridge Pit flagship store.” Brandi, the pretty, forty-something redhead in the planning office at the county courthouse gave me a flirty wink as she handed over my manila folder. “Can’t believe you came all the way out here again, all by yourself, all dressed up in your fancy shirt and tie.” She bit her lip. “I’d think y’all have other folks who can do this sort of thing?”

“Er.” I glanced down at my plain gray shirt and black tie and wondered when they’d become fancy. “Yes, ma’am. I suppose. But my uncle Beau says if you’re gonna do a thing, you should do it right, and he taught me everything I know about business.” I smiled politely. “You might say the flagship store is kind of my baby.”

This was not a lie. My uncle, General Beauregard T. Partridge, the founder and CEO of Partridge Pit BBQ, with its one hundred restaurants and a bestselling line of sauces, really did say that all the time. And he really had put me in charge of the new flagship location we planned to open too, which was why I’d moved my few belongings out of my furnished studio in Nashville and into the Jackson King Bed and Breakfast in tiny Licking Thicket.

But Uncle Beau also said things like, “For the love of Larry, Parrish Partridge, get you an assistant!” and “Work won’t love you back, son,” and “Barbecued chicken won’t keep a man warm at night, Parrish,” and more recently, “Heaven’s sakes, boy, if you don’t find yourself a fella, your aunt Marnie’s gonna do it for you, and then Lord help you both,” so maybe it was sort of dishonest to blame him for my need to dive headfirst into this project. Truth was, Uncle Beau and I had been thinking about this store for months, but I hadn’t been a hundred percent committed until I’d gotten a stupid Facebook message a couple of weeks back and immediately decided my life would be simpler if I left Nashville temporarily—or permanently—and begged Beau to send me down here.

Leaving the state would have been preferable, or possibly signing up for one of those one-way Mars expedition things, but I couldn’t do that to Beau and Marnie.

“And here I thought maybe you were coming out here especially to see me.” Brandi pouted and leaned toward me over the counter. “I was hoping you’d invite me to the new restaurant. I was hoping you’d buy me some tater tots.” She wiggled her eyebrows.

I blinked. Buy her tater tots? Was that some sort of straight-person euphemism for something?

I decided I didn’t want to know.

“Er… No.” I said it gently but also firmly, because honesty was always the best policy. “I mean, I do like you, Brandi. Very much. You’ve been a huge help in getting all this done. But, um…”

“Oh, Parrish.” She laughed merrily and waved a dismissive hand. “You’re a sweetheart. But you need a wife to take care of you, honey, and that’s the truth.”

I shook my head. I didn’t bother addressing the large gay elephant between us, but I did dart a look at the calendar on the counter to confirm that I hadn’t somehow traveled back in time. “No, ma’am. Truth of the matter is, I’m not the type who’ll ever get married. To anyone.”

And if she didn’t believe me, she could ask my ex-fiancé. Or his new girlfriend.

Brandi set a hand on her hip, instantly morphing from pouty seductress to fond older sister. “That’s what they all say! You’re young yet. Wait and see.”

“Sure,” I agreed, letting her pat my hand as we said goodbye, “I’ll wait and see.” But I knew in my heart there were some mistakes I’d never be tempted to make twice, not when I was totally content with my life the way it was. I had a great job, a supportive family, and a kick-ass vintage red Mustang. What more could I want?

There was a line at the elevator, so I trotted down the back staircase clutching my folder. Four o’clock on a Friday wasn’t the best time to organize a meeting, but if I talked to the contractors tonight, I could—

A bloodcurdling wail echoed through the little stairwell, and I froze for a second, then rushed headlong down the steps two at a time, skidding to a halt halfway down the staircase when I found the source of the sound—a wriggling baby in a fuzzy pink sweater who was literally crying herself purple, possibly because the giant, tattooed mountain of a man holding her was growling down at her with a ferocious scowl on his face.

I gripped my folder tightly and opened my mouth to protest even though the guy was twice my size, when the baby’s cries quieted for half a second and I caught that the man wasn’t growling. He was… singing?