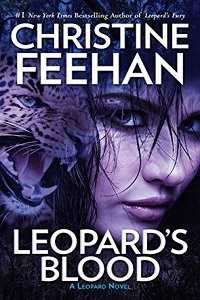 Nights in the swamp were often sultry. Heat and moisture drifted through the cypress groves and clung to the long shawls of lacy Spanish moss hanging from crooked branches. The long-fringed drapes swayed in the slight breeze, adding a macabre feel to the already eerie night. Frogs chorused loudly, hundreds of them, calling out joyously while raccoons slipped noiselessly down to the duckweed-filled water to wash their paws. Two bull alligators challenged for territory, their bellows reverberating through the air.

Sonia Lopez followed the narrow game trail, the one she’d widened over the last few weeks that led deeper into the swamp. Insects droned all around her, a loud cacophony of sound. None stopped when she stepped lightly along the ground, a tribute to the fact that she’d spent every night for the last two months learning every inch of the piece of swamp that belonged to her. She owned forty acres and wanted to become acquainted with all of it. For this. She’d known it was coming, and she was very, very glad she’d prepared.

“We’re almost there,” she whispered softly. “Hold on. I know it’s hard.”

Something moved beneath her skin, a wave that pushed outward and then slid away, leaving behind a horrible itch that made her want to scratch until she bled. Her joints ached. She burned in her most feminine core, a savage, brutal need driving her deeper and deeper into the swamp. She was on fire. Every part of her, her body so sensitive, clothing hurt. Every movement brushed streaks of fire from her breasts to her sex. She ached. She needed. The only safe place she had was the swamp.

The grunt of a wild boar had her quickening her step. She had to get to the very heart of the swamp where she’d constructed a small blind, just big enough so she could have a thin mattress, strip, leave her clothing in relative safety and shift. Hurry. Hurry. Hurry. The words thundered in her ears accompanied by the drumming of her heart.

Sonia had allowed her leopard to run free when there was opportunity, ever since that first, shocking, terrifying appearance when the cat had saved her life. It had never been like this. This… this… necessity. She breathed deep as her joints began to pop. Her knuckles were on fire, the ache becoming a terrible pain that wouldn’t let up. “Wait. Just try for me, Gatita. Just try to hang on. We’re close.”

She didn’t dare let her cat loose anywhere near civilization. Not now. Not ever, but now was the most important. Gatita was definitely in heat. That meant Sonia was in heat and couldn’t be any place a man might be. She didn’t trust herself. She had had no idea the heat would be so intense, such a terrible force driving her beyond all endurance.

Her leopard was in need, and if the way her body was burning was any indication, her cat was going up in flames. She tried running, but stumbled when her toes began to curl down. The blind was just ahead and she threw herself forward those last few feet, tugging her shirt over her head and pulling off her shoes. Her jeans were next. She was usually good about folding clothes and being neat, but there was no time. Her female was in trouble, and Sonia was driven to help her.

Nothing had prepared her for the brutal hunger, the need filling her mind and body until she wanted to scream. Nothing helped. She’d tried. Toys. Fingers. She’d given up, sobbing, standing under the cold of the shower until she realized that wouldn’t help. Nothing would help. And it was far worse for Gatita.

She found herself on her hands and knees, breathing as deeply as possible to ease the pain of the shifting. Her skull hurt, feeling too tight. Her jaw, her toes and fingers. Every muscle and joint. Still, the pain helped her forget, for that one terrible moment, the relentless hunger swamping her.

Shifting only took seconds now that she’d practiced, but those seconds were excruciating. Then her leopard was there, sleek, agile and beautiful. She was on the smaller side, her fur thick with so many black rosettes that one appeared to touch another from her head to the top of her tail. Her coat looked black with traces of thin, gleaming golden rings appearing to streak around the black. All leopard patterns were unique, but Sonia was a little vain about her cat’s fur. She thought Gatita was beautiful and her fur different and rare. Of course, that meant she had to be more protective than ever.

There had been no time to gather clothes and shove them into the pack to put around Gatita’s neck, so she knew she would have to get the leopard to return to the blind where she’d set up the small mattress for the cat to rest on after her run. She urged the leopard back into the swamp, whispering encouragement.