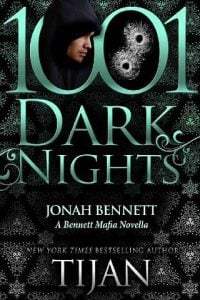 and I had read that by the time he met Scheherazade,

A screech of brakes.

That was the only warning we got.

Melissa and I were traveling. We’d taken time off from our residencies, mine in surgery and hers in family practice. We were in different locations. The driving distance wasn’t that far, but this time together was special to me.

I had decided. I didn’t want to wait anymore.

That was my last thought as we came to a quick stop in our rental car. The traffic had frozen, bumper to bumper.

“What the hell is going on?” Melissa asked.

I looked over at her and smiled. She was beautiful, like always. Big doe eyes. Long brown hair that had a slight curl. We’d been together for the last year. When I switched to go to medical school in the States, she was in the same year as me. We dated on and off for that year and the year after, but it was on and off for a reason.

We went into our specialties, but we decided to try again.

I was just happy.

She was gorgeous. She was kind. Smart. She liked to tease me with this little sparkle in her eyes. She was also competitive, always pushing to get the best marks on each test and exam. She pushed me to do better, and that was a novel experience for me. I was used to pushing myself. No one in my family was in the medical field. It wasn’t what they did, but me… That was not me. I was the first to venture outside our family business.

It wasn’t that I didn’t have their support. I did. They wanted me to go, to do better, to be better, but that’s all they had to offer. So I was left in the role of pushing forward, forging a new path. Though not with Melissa. She motivated me, and that was one of the many reasons I’d fallen in love with her.

Right now, however, I was mostly focused on the fact that we had six days left to celebrate before going back to our normal, hectic lives. I reached over and threaded my fingers with hers, staring at the sparkling ring on her finger.

“We should call our families tonight,” I suggested. “Tell them about the engagement.”

She’d been glaring out the window at the traffic, but when I dropped a kiss on our fingers, she relaxed.

She turned to me, that sparkle in her eyes. “Oh, you mean I’ll actually get to meet your family? Your very reclusive family that you’ve always said isn’t in the States and out of phone reach?” She was teasing, but sort of not.

She hadn’t met my family for a reason, but they knew about her.

Kai had her investigated. And if Kai had any files on her, then I knew Tanner got them as well. He probably had done a couple passes, too. Meaning, that he saw her in physical proximity, he knew her, but she wouldn’t have known who he was. Brooke wasn’t one to be left out. She insisted to overhear a phone call I had with Melissa one time. It was her way of “meeting” her.