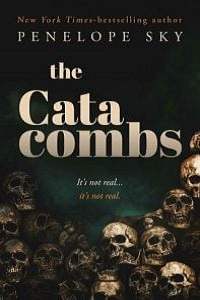 The butter sizzled as the pancakes cooked in the pan, a dusting of cinnamon across each one, my little addition to the recipe. When raindrops the size of golf balls struck the windowpane, I jumped nearly a foot into the air. My eyes squeezed tightly together, and I released a painful sigh.

“Is breakfast ready?” Claire’s sweet voice came from behind me, a ray of sunshine in this rainstorm.

“Almost.” My eyes glanced at the clock on the microwave, hoping that Benton would walk through the door any minute.

Claire climbed onto the chair at the dining table and sipped her orange juice.

“Should we drive today?” I scooped the pancakes out of the pan and onto the plate.

I chuckled. “Of course you do.” Just when I turned around with the food, the front door opened. I stopped in my tracks at the sound, my heart in my throat, a tremor in my hand. The relief wouldn’t dissolve into my blood until I heard his voice or saw his face.

His heavy footsteps grew louder as he moved all the way down the hallway. Then he emerged a moment later, in a gray long-sleeved shirt and black jeans, his blue eyes tired from a long night doing…whatever he did. They locked on to mine, reading my expression like subtitles on a TV screen.

The breath left my lungs, removed the anxiety, and then my entire body relaxed.

His eyes settled on me for a while, as if he knew every single thought as it streaked across my mind, even before he rounded the corner.

I made it the rest of the way and set the platter on the table.

Claire grabbed a pancake with her bare hand and took a bite. “Constance and I are going to walk in the rain.”

He came to her and kissed her on the head. “Don’t want you to get sick, sweetheart.”

He gave her a quick rub on the head before he walked into the kitchen and made himself a cup of coffee. Even if he was tired and ready for bed, he couldn’t resist a hot cup of coffee with his breakfast. He took a seat next to Claire across from me and ate his pancakes and roasted potatoes.

The slightest sound nearly gave me a heart attack. All night, I listened for the door, waiting for Benton to come home, afraid it would be someone else. Once upon a time, I had been a different person. Carefree. Easygoing. Unafraid. But now I was a scared chickenshit…and I hated it. The only time I could enjoy being alive was when this man was here.

He stared at me as he ate, elbows on the table, his hair slightly damp from being in the elements. The stare had been intimidating at one point, but now it brought me the most comfort. He was the only person in the world who could stare at me like that and not receive a snide remark as a consequence.

He put a bite of food into his mouth, chewed, and gave a slight nod in response.

I tried not to appear so desperate for his companionship, but it was inevitable. I felt the held breath slowly leave my lungs.

His stare was so focused on my face that he didn’t hear the question. His thoughts consumed him, drowned him so deep under the surface that he tuned out everything around him.

Claire was all that mattered to him. So…what could make him forget her, even just for a split second?

He would probably never tell me—even if I asked.

Benton put the vehicle in park at the drop-off line and walked around the front in the pouring rain to get Claire out of the back. He opened her pink umbrella then held it out to her so she could be covered from the heavy raindrops. He helped her get her backpack on, gave her a kiss, and then said goodbye. “Have a good day, sweetheart.”

“Bye, Daddy.” She walked to the building, purposely splashing in the puddles with her boots.

Benton got back into the car and took off before the parent behind him could honk their horn. We were back on the road, the tires splashing the pools of rain along the way. Few people were on the sidewalk, and the ones who were all held large umbrellas over their heads.

I’d never been in the company of someone where silence was the preferred choice of communication. He hardly said anything, and I never felt responsible for filling the awkward quiet because it wasn’t awkward at all.

The music was off. He drove with one hand on the wheel. As if I wasn’t there, he lived in his own world.

“Christmas is coming up…”

He gave me a side look.

“Do you guys do anything special for the holiday?”