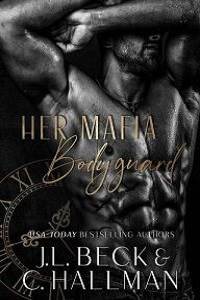 Everything feels so much quieter now that the party is over.

I don’t know how many times I’ve walked around the grounds of my father’s house in the year since I came to live here with him, but it’s been enough times that I should be used to how silent it gets around here at night. That will happen when you live on a huge stretch of land with nobody around for what feels like miles. If I want to go visit neighbors, I have to get a ride—not that I go call on neighbors. And if I did, I wouldn’t go alone. The only time I’m allowed to be alone is in the bathroom and my bedroom. That’s it.

Tonight, it doesn’t matter. I’m sure sneaking a few drinks during the party didn’t hurt anything. I feel warm, free, happy. High school is over. It’s time for my life to begin. Finally.

I know I shouldn’t feel that way. Millions of girls would probably love to be in my shoes. I mean, how often does something like this happen? Growing up like a regular person with a single mom who went through men like they were tissue—rather, they went through her, unfortunately. And they would throw her away once they were finished.

But she never learned. Never figured out they were bad news. I grew up living in a home with a revolving door; at least, that was how it felt. I went to school and had a few friends, but my big dream was to get away and make a life for myself. A life where I would never have to rely on a man the way Mom always figured she had to.

Then all of a sudden, everything changed. I lost her, but I gained all of this. My mystery of a father swept in and rescued me. At least, it’s obvious that’s what he felt he was doing. And I guess, in a way, he did. Otherwise, how would I have survived?

I couldn’t have imagined all of this, though. A kid who never met their father will always wonder about them. Where they are, who they are, what they do for a living. And of course, when I was little, I used to dream that my daddy was a big, important man. That he couldn’t be with us because of his work taking him all over the world, and one day he would show up at the front door and tell me all my problems were over. That I could live like a princess.

Wouldn’t you know it? That’s precisely what happened. And since then, I have lived exactly like that.

Nobody tells you that living like a princess can be a real pain in the ass. That princesses need to be watched. Guarded. Princesses aren’t allowed to go anywhere by themselves for fear of what might happen to them.

Which is why I’m not even sitting alone by the pool after my graduation party has wound down and everybody has gone home. I can’t even be alone now, staring at the water, noticing the way it moves gently with each gust of air that floats over it. I can’t admire the strings of lights or the lanterns that sway back and forth in the evening breeze without feeling the penetrating stare of my bodyguard.

I don’t know what Zeke’s problem is. Most of the time, I’m pretty sure it’s me; that he resents having to tag along everywhere I go. I can’t even sit in my own backyard without him nearby. As much as it sucks for me, it must be ten times worse for him.