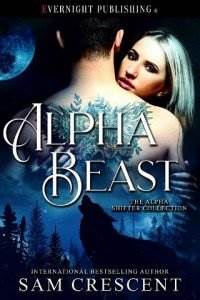 Liam Wolf glared at his younger brother, Ben. He didn’t need his brothers to get involved. “I know who she is.”

“There’s no way you can let him marry her,” Gary, his youngest brother, said.

“I can do and say what I please,” their father said. “This family needs you to marry Jenny Luca.”

“I thought all wolves were supposed to wait to meet their true mate,” Liam said. At the age of thirty-nine, he was beginning to think true mates didn’t exist. Sure, he’d met many couples over the years who’d claimed to be mated, but he’d yet to see them act like true mates.

Rumor had it that when you found your true mate, there was no magic pill to undo it. They became your entire world. All you wanted was to be with them. He stared at his father and knew no matter what he said, his mother was not a true mate.

That was the curse of what they’d done.

Rather than run wild in the great outdoors, they had taken over cities instead. They became the true rulers, and they kept everyone who worked for them in check. Fear was rife within their world. Not a moment went by that he didn’t smell it from the humans who worked for them. All of them knew exactly who they were and what they could do if their tempers were raised.

“I don’t have time to wait for fairy tales. I’ve already spoken to Luca. He is willing to put aside all of our differences for you to marry his daughter.” His father stood up.

Liam looked a lot like him, had since he was a little boy. Out of all of the Wolf kids, he was the only one to truly resemble his father. He had the Alpha trait. They all knew it.

Staring at his father now, he wanted to disobey him, but instead, he kept his thoughts to himself and simply stared at the man before him.

“You don’t have a lot of time. I suggest you get ready and be in the dining hall within the hour. The Lucas are coming here.”

“Are you fucking crazy?” Ben asked. “Do you even know anything about her?”

Liam didn’t need to listen to any more. Even though Jenny was eighteen years younger than him, he’d heard about her. Seen her even. It was kind of hard not to considering she was the Lucas’ baby girl, but also because of the fact she didn’t look anything like them. Where her brothers all had dark hair to go with their gray eyes, Jenny had white hair. Pure, snow-colored hair. Gray eyes that seemed to sparkle, and the occasional weird fact that she talked to herself, often.

There were rumors that she could see the dead. Ghosts.

He’d never been alone with her long enough to know the truth, but if it was, then it meant a lot of people would struggle with that little detail. In their world, death painted the streets with blood.

They were the fucking Wolf mafia, owning half of the city while the Lucas owned the other half. They all had their part to play. He’d never had a single conversation with Jenny. Sure, he’d seen her at functions, but again, he was always so far away from her, it never counted. He didn’t know her.

Leaving his father’s office, he went to his old bedroom to take a quick shower and to be dressed and ready for their arrival.

He didn’t know exactly why it was so important for him to marry Jenny. Their families had been enemies for many years, and the bloodshed between them would continue. The only time they worked together was when they had a common enemy in the coyotes who liked to stir shit up from time to time.

With his suit in place, looking impeccable, he joined his father at the dining room table. He’d never seen the man so nervous.

“What does that mean?” he asked, noticing his father’s nervousness, his hands constantly twitching. The way he looked around almost as if he was afraid.

“Jenny … er … it’s complicated. Let’s just get this over with.” The doorbell rang and his two brothers arrived.

“You’re not seriously following this through, are you?” Ben asked.

“We have to do what our Alpha tells us.”

“Yeah, but come on. I heard that she talks to herself all the time, and I don’t mean just a few words either. She carries an entire conversation. Weird shit happens when she’s around. It’s why they call her a weirdo.”

“Enough,” he said. Liam didn’t exactly have all the facts, but in all his years, his father had never once let him down. Growing up with the Alpha as a father, and an entire mafia at his back, didn’t come without consequences. He’d been trained to hunt, to hurt, to kill. Where some sons were being read stories on their father’s knee, he was being trained to take a beating. To learn to calm his wolf.