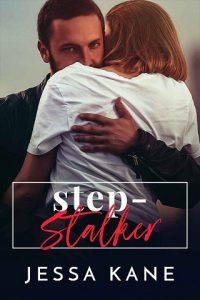 I step onto American soil for the first time in four years.

The lights of the airport are bright, but they’re nothing compared to the flashes that go off around me. Camerapeople wielding digital Nikons and pushing microphones into my face. It wasn’t supposed to be this way. The media was never supposed to find out my identity, but an intelligence leak means my face has been all over the news.

I’m the Navy SEAL who killed the world’s most wanted terrorist.

Civilians are cheering for me as I pass, calling me a hero. In my head, I know I did the right thing. Saved countless lives by taking a madman’s. But the last four years is a blur of blood and explosions and near drownings. The kill they are cheering for was just a split second buried under a mile-high pile of harrowing shit. And I don’t want the credit or the accolades or applause. I just want to get somewhere quiet and finally take a deep breath.

Is that going to be possible?

On the fight back to California, I kept waiting for the relief to kick in. I’m no longer going to be active duty, thanks to a fistful of shrapnel buried in my calf, courtesy of the very same terrorist I took down in a firefight. There will be no more live battles for me. I’d be lying if I said I wouldn’t miss it. The heat of the fight is in my blood now. But I was looking forward to letting my guard down for one fucking second—and it’s not happening.

Even in this sterile airport, the adrenaline is surging in my veins.

I’m searching the crowd for a sniper, my palms itching for the gun in my bag.

The smiles on people’s faces seem distorted. False. Their voices ring in my ears.

Somewhere above me, "The Star-Spangled Banner” begins to blare from a speaker and everyone sings along as I pass, taking pictures of me with their cell phones. The reporters shout questions over the din. How does it feel to be a hero? What will you do now?

As if I just won the Super Bowl, instead of taking a human life.

They’ve never been there.

I feel like a fish out of fucking water, gasping for air, just trying to get out.

Get to my family.

Up ahead, I finally see my father, but instead of relaxing, I straighten my back automatically, harden my jaw. My limp is pronounced, thanks to my injured right leg, but I do my best to walk normally. No weaknesses have ever been allowed in front of the man. When I reach him, I hold my hand out for a shake, not a hug.

“Welcome home, son,” my father booms, his chest puffed out. “I knew you’d return a hero just like your old man. Well done.”

I nod once, transferring my attention to the woman beside him. “Ma’am.” I take her hand and shake it gently, the bones as fragile as the rest of her seems to be. I’m worried if I grip too hard, I’ll break them. There is nothing fragile where I’ve been. “You must be Vanessa, my new stepmother.”

“That’s me,” she beams, smoothing her hair when a cameraperson sidles close for a better shot. “We’re so glad to have you home.” Vanessa looks around, a frown creeping between her arched brows. “Now where did Lula disappear to?”

At the mere mention of her name, my muscles lose some of their tension. Out of everyone back home, I’m most interested in seeing her. Meeting the girl for the first time in person. She’s been writing to me since our parents got married a year ago and those letters…some nights they were the only thing keeping me sane. Tethering me to the real world.

“Oh, there she is. Lula!” Vanessa reaches behind a pillar—

And pulls a female out into the open who is definitely not a girl.

I’ve been picturing some gawky high schooler in braces. This is a woman.

Young, yeah. But her body leaves no doubt to her maturity.

Unlike when I shook my stepmother’s hand, I wouldn’t be afraid of breaking Lula. No. She’s a curvy little beauty with hips I could grip, juicy breasts that would spill over in my hands. A plump, beautiful ass that would cushion a rough ride.

Oh my God. Why the hell am I thinking of my stepsister like this?

Every ounce of blood in my body has rushed south at the sight of her, turning my cock stiff and achy in my briefs. God, those wide green eyes of hers are pretty, too, surrounded by thick lashes. I almost choke on my tongue thinking of the welcome home I’d like from that feminine mouth. How soft and pliant her lips would be around my dick, all that reddish brown hair tangled around my fingers.