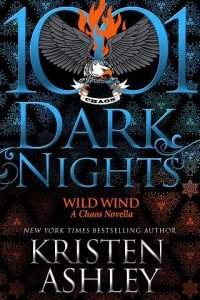 and I had read, that by the time he met Scheherazade,

When Jagger first saw her, it was eleven years ago.

On his sixteenth birthday.

His brother Dutch had let Jagger use his truck and Jag drove by himself for the first time.

He went to his father’s grave.

That was another first.

The first time he’d been there by himself.

And it was the only time Jag could remember that he and his dad had been alone together.

Not with him and his dad.

She was at a funeral that was happening across the way.

When he first clapped eyes on her, she was in one of those chairs they set up, right at the front, staring at the casket.

Jag sat, and he was supposed to be sharing part of his sixteenth birthday with his dad, but he couldn’t help himself.

He kept glancing over at her, mostly because she was pretty.

But he looked her way so often, he knew, eventually when he did it, she’d be looking at him.

And eventually, she was.

She was so pretty, he didn’t think about what she was doing there, he just thought about how pretty she was.

But when they caught eyes over those thirty yards dotted with headstones, he felt the look on her face in the back of his throat.

Only then did he take in her surroundings.

There was a man sitting beside her and a guy maybe Jagger’s age sitting on the other side of the man.

But there was no woman.

He knew that look on her face.

Even though it was his birthday, and he was finally legal to drive, and there were a million other things he wanted to do, he didn’t do any of them.

He hung there until the service was over.

He didn’t get why. Maybe it had to do with the fact that, once she saw him there, she kept glancing at him. Maybe she knew what he knew, and they both just got it. So, if she was looking his way, he needed to be there for her.

Or maybe it was that she was just that pretty.

Jag had guessed it before, but he figured it out for sure when the service was over. The way people were with her, the guy who looked like her brother, and the man who was probably her dad.

God, Jag had had that shit shoved down his throat for as long as he could remember.

The looks she and her brother and her dad were getting right then.

Looks that Jag knew the person intended to be nice, but they made you just want to punch them in the throat.

Or shout in their face.