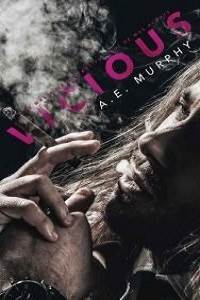 We’ve been raised to be kind to others, and always smile when using our manners. Because manners without a smile just ain’t genuine. I mean… isn’t genuine. I keep forgetting to talk proper. Mee-maw doesn’t like it when I don’t talk proper now that I’m becomin’ a little lady.

A little lady, which means I ain’t been raised to fight. So when the new boy from way over town pushes my brother off his bike and brings his foot back, stretching the hole in the knee of his ripped jeans, I don’t know what to do.

I just stand here and watch as he kicks my brother in the ribs three times, making him gasp and choke for air. I don’t know why he’s doing it. My brother done nothing to this boy and I’d know because I’m my brother’s best friend and we are always together. My brother doesn’t do anything to anyone, ever.

“Pussy,” the boy snarls and spits. His white, bubbly saliva hits my brother’s neck as he cries and hugs his ribs.

I stare, wide-eyed, like a rabbit in headlights. Unable to move.

I want to help my brother, my twin, but I can’t bring myself to even make a sound.

The boy pushes his long, unruly brown hair out of his face. It’s knotted and messy, but it still looks so silky and glossy, and it has strands of gold through it, like a sprinkle of sand on dirt.

“What you lookin’ at?” he snarls at me, lifting my brother’s bike from the ground and mounting it.

I’m mad, I feel mad like I have never felt. It’s burning inside of me. I can feel it twisting a knot in my chest, boiling the acid in my stomach, but I can’t do anything about it. Mee-maw will be upset if I tantrum in company. I’m too old and I’m a little lady.

But my brother… he’s hurt. I should hurt this boy too.

“My bike,” Matthew, my brother rasps.

“Tell your mom to sell her plastic tits and get you another one,” the boy retorts, grinning as he twists the rubber handle, making his palm white. Is he pretending to ride a motorbike? I notice his nails and pull a disgusted face. He’s a nail biter. Such a nasty habit. Mee-maw hits me on the hand with a stick if I even think about putting my fingers near my mouth.

“You tell anyone about me, Imogen Hardy and I’ll tell your grandpa you showed me your panties.”

My jaw hits the floor and my eyes fill with scorching tears.

He laughs at my reaction and bikes away, pedaling my brother’s bike like he has been riding it for years, not seconds. We watch him go down the dirt road, dust kicking up from the back wheel in a cloud of evil behind him.

“How does he know your name, Immy?” my brother asks as I help him up.

“I don’t know,” I reply, checking his ribs when he lifts his yellow character shirt. There’s an ugly purple swelling on his side. “Let’s get you home.”

“She’s gonna wonder where your bike got to.”

“We’ll let her think it was stolen outta the shed.”

Frowning, I nod. Too young to understand why my brother won’t tell somebody who can do something about Kane and what he did. It seems so unfair.

“It’s guy code, we don’t tattle and you shouldn’t either.”

“How are you my age but so much smarter than me?” I ask, pouting. “And braver.”

He shakes his head and rubs his side. I can see how much it hurts with every step. “I’m not brave, Immy.”

To me he’s the bravest boy in the entire world.

It has been a while since I saw the plumes of dust this dry road is kicking up behind me. I remember being a teen and holding onto the back of cars while on a skateboard and getting mouthfuls of this vile dirt. I broke my leg in two places being that stupid, thinking I was one of the guys, neglecting my family to fight for his affections.

The one with the vicious tongue.

The one I used to love to hate… and now I just hate and I don’t like it at all. There’s nothing good about the hatred I feel for this man. It doesn’t bring me pleasure, or pain, or any kind of emotion, not even rage. My default setting for him is hatred and it’ll remain that way forever.

I pass the semi-busy looking shops on New Hope Road, while thinking it should be false hope road. Or false hope hole in the fucking ground. This place has the default setting of despair in my heart. What once was my incredible childhood, quickly became the setting for all bad things that ever happened to me.