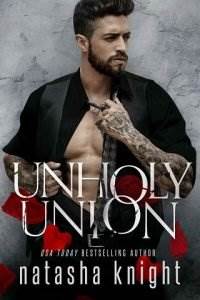 I was born one minute past midnight not quite a full year after my brother. My mother said we were inseparable from the beginning. Even sharing a room right up until he was gone.

The paper I’m holding feels like it’s on fire. The lights flicker and come back on like they were waiting for him to leave. I blink, my eyes adjusting.

I drop back into the seat and drag my gaze from the contract up to him.

Although my uncle has never been unkind to me, he’s never been overly affectionate either. I always got the feeling he handled me with kid gloves. He didn’t want to have much to do with me, not when I was younger and not now. I’ve had strict rules growing up, much stricter than my cousins, but he’s always given me anything I could ever want. Only a few times has he ever raised his voice to me. Although he did let the nanny raise me for the most part, so it’s not as if he had many opportunities.

And it’s not that I feel unwelcome in his home, but I know it is his home. Not mine. I know I’m a niece, not his own daughter. Not that I ever wanted to be, but he’s different with Liam and Simona. I don’t know, maybe that’s normal. Not that anything about my situation is normal.

But it’s not as though my dad and I were close. He was closer to Scott, and I was always closer to my mom.

I drop the contract onto my lap and wipe my tears with the heels of my hands.

Dead roses scatter the floor, the box turned on its side with black paper spilling out. It would be beautiful if it wasn’t so horrible.

I see Liam approach from down the hall. He looks around, anger burning in his eyes. My uncle stops him when he moves toward the front doors as if he might go after Damian.

What did Damian say before he left?

Come midnight, you belong to me.

I look at my uncle to find him watching me. He’s always done that. Sort of watched me as though I were some strange, foreign creature. It’s unnerving, not creepy, but just not right either.

Tonight though, that look in his eyes, it makes me think that whatever this is, what Damian just said about midnight, it’s true.

He pours himself a generous serving of whiskey while ignoring Liam’s questions. When he turns back, I see how the lines on his forehead and around the outsides of his eyes seem to have deepened. He swallows half the liquid in the glass, wincing with the burn.

“You knew?” Liam asks him, sounding furious. “You knew he’d come for her and you did nothing?”

He steps up to his father, hands fisted at his sides. He’s almost as tall as my uncle, and from his build, I know he’ll be as big. Although, he’s not there yet and something makes me want to protect him. To tell him to back off.

“You knew and you just let it happen!”

My uncle’s jaw tightens as he finishes off his whiskey. “You don’t understand the circumstances,” he says tightly.

“What circumstances could possibly make this okay?”

“Fuck.” My uncle turns his back, pouring himself another drink. He swallows it in one go before facing us again. He glances at my cousin but then focuses his attention on me.

“You need to be careful with him, Cristina. He’s a very dangerous man.”

“What are you talking about? What the hell is happening?”

“Shit.” Running his hand through his hair, he mutters another curse before straightening, taking a deep breath in. “Come with me.”

I look up at him. He’s heading toward his study, a place I’m rarely invited. I get to my feet to follow him, carrying the contract in my hand.

He stands at the open door and waits for me.

“I want to hear it too,” Liam says from inside.

We both turn to him. “This has nothing to do with you, son. You won’t have any part of it.”

Just then Simona walks into the living room rubbing her eyes. “Liam?”

“Go stay with your sister. She’s scared,” My uncle tells him.

Although reluctant, Liam goes. He’s a good big brother like Scott was to me.

My uncle turns to me. “Cristina,” he says, gesturing for me to enter. I do and he closes the door.

“Sit down,” he tells me and walks to a cabinet inside which is a safe.

I sit on one of the two chairs and watch as he enters the combination. I listen to the beep and pop when the door opens. From inside, he takes a stack of papers, selects what he wants and puts the rest back, then returns to me. He sets the papers on his desk and takes his seat behind it.