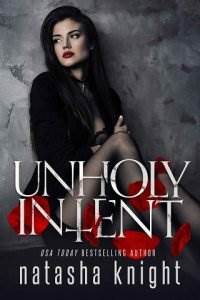 I look up at Damian. Beautiful Damian.

He shifts his gaze to mine.

“Didn’t I tell you to leave the locked doors alone?” he asks me, but his voice is strange. Echoing in this dusty, forgotten place.

The music starts again. That eerie sound of piano keys played slowly, so fitting to this place, this room, this house.

My head is spinning.

The other man, Damian’s brother, says something. His voice is similar to Damian’s but off. Like his face. Wrong.

Damian tucks hair behind my ear.

I push his hand away, push his arms away. I turn slowly. They’re both watching me now, waiting to see what I’ll do.

And the tune keeps playing, the chords slow. Sad.

I need to look at him.

Can they hear my heartbeat? Blood beats like a drum against my ears.

But I can’t run. I meet a monster at every turn. One standing behind me. The other holding me.

He warned me about the monsters. How many more hide in this house?

I keep turning, my body still pressed to Damian’s.

He’s in my periphery now. The monster. The brother. Tall, like Damian. I see the coat. It’s wet. He was the man walking back toward the house. It wasn’t Damian at all. What is out there that they go to see in the dead of night?

It’s easy to tell them apart now though.

My eyes finally find the monster’s eyes. My breath catches in my throat.

I remember when I was little, and I stared at Damian’s damaged hand. But this? This is worse.

His face…I see Damian in it. In half of it. The damage on the other half, no, not quite half. It’s from the corner of his eye back into his hairline, one ear gone. It’s like Damian’s hand, his arm.

“Not as pretty as my brother, am I?” he asks too casually, tone mocking like Damian’s can sometimes be.

I move to break free, to run, but Damian captures my arms. He holds me still, making me face his brother.

I want to close my eyes, to turn my face away, but I can’t do either because I can’t stop looking.

And as if to accommodate me, Damian’s brother shifts his position, giving me the full effect of the damage.

“Let me go.” It’s a whispered plea because I can’t make my voice work. I’m sure Damian doesn’t hear me. I think my lips are moving, but even I don’t hear more than my wavering breath.

Damian says something, but his words have to battle the blood thudding against my ears to be heard.

The brother grins. His gaze slides over me. The look in his eyes when he returns them to mine has me pressing my back into Damian.

He walks toward us.

A sound comes from inside my throat, a garbled choke on a scream.

It’s not his face that has me terrified, though. It’s the look in his eyes.

Damian won’t back away and his brother just keeps coming closer. My hands grab onto Damian’s. I’m pulling and scratching as his brother comes so near that I can smell the forest and the rain on him. Feel the chill coming off of him.

“Pretty,” he says, raising a hand but thinking better of touching me when I cry out. “I can’t help how I look, you know,” he says. “Ask my brother. The fault lies with him, after all.”

He does touch me then. He takes my hand, the one with the ring on it, and my legs tremble.

Damian holds me up, steadies me.

His brother drops my arm like he’s tossing something away. His expression darkens chilling me through. I want out of here. I need to get away from him. I’m sure if it weren’t for Damian, I’d be on the ground now. A whimpering, pathetic heap at their feet.

“Are you taking good care of her for me, Brother?” he asks.

His fingers are on my face then. Cold fingers. Cold breath. Cold heart.

And this time, when my knees give out and the music fades away I don’t fight it. I give myself over to it, feel myself slip away, my vision going black.

Cristina lies limp in my arms, head back, lips slightly parted and eyes closed as I carry her back to her room to lay her on her bed.

Once there, she opens her eyes with a start, bolting upright, almost smashing her head into mine. She claws at my arms.

Seeing my brother without a warning will give anyone a shock. Hell, even with warning, it’ll scare the fuck out of most.

She makes a sound, pushes against me.

I collect her wrists in my hands and hold onto her. “I said easy.”

She looks around her room. Is she reassured by its familiarity? Because after a moment, she does relax a little.

I look down at her. Black smears her face and rings her eyes. She’s still wearing the dress from earlier, but it’s wrinkled, the hem dirty. A mess. She’s barefoot and shivering all over.