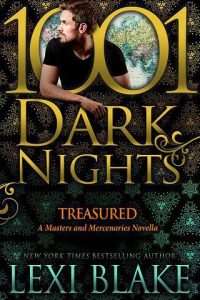 and I had read that by the time he met Scheherazade,

Tessa Santiago stepped into the lobby of the restaurant and wondered if she could still beg off. No one had seen her yet. She could slip back out and text her host that she’d gotten caught in traffic or something.

It was weird to be invited to an anniversary party for an ex-fiancé’s twin brother and his wife, wasn’t it? Who did this? There were definitely times she wished her breakup had been way less chill. If she’d thrown a couple of dishes at his head, maybe left some nasty messages, she wouldn’t be here. But no, she’d had to stay friends with the man because at the end there hadn’t been passion between them. It hadn’t been his fault or her fault.

But this awkwardness was definitely his fault.

“Tessa! Hey, I’m so glad you came.” Nina Malone was a gorgeous woman with a smile a mile wide, but then what did she have to frown about? She was happily married to the CEO of a billion dollar company and had the most adorable kids. Nina wore the kind of designer gown that probably could feed a small country, and killer heels that made Tessa’s feet ache looking at them.

Yeah, Nina was the kind of woman who invited exes to parties because she stayed friends with everyone. Nina was one of the reasons Tessa wished things had worked out with Michael Malone.

He was a genuinely great guy. His family had been awesome, and she’d loved them all, but the truth was there hadn’t been a spark between her and Michael. That lack of true passion had been the reason they’d ended the engagement. Lately she’d been wondering if she was the problem, if she didn’t have any passion at all.

Even as she hugged Nina, she caught sight of her ex. Michael stood across the private dining room looking stunning in his custom-made tuxedo.

Why, oh why, couldn’t she have truly loved that man?

“So do you,” Nina said in her British accent. That accent, Tessa had been told, had softened over the years Nina had lived in Texas. She’d been a McKay-Taggart employee when she’d met JT Malone and fallen in love, and now Nina ran security for Malone Oil.

Nina had been the one who had tried to help Tessa fit into the Malones’ wealthy world. They’d come from similar backgrounds, though Tessa had grown up in Dallas and Nina in London. The middle class was still the middle class, and it was a big step up into the world the Malones ran in.

Or her current bosses, the Taggarts. Tessa worked in the personal security department of McKay-Taggart. While Ian Taggart might have started out middle class, he hadn’t stayed there. None of the Taggarts had. After all, this party was being held in the cornerstone of Sean Taggart’s restaurant empire. Top was one of Dallas’s celebrated fine dining spots. It was the kind of place the wealthy frequented and the not so wealthy aspired to go.