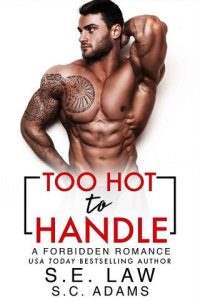 “Oh, it’s you. Hey Patty. Yeah, come on in,” Brian says in a listless voice while holding the door open.

Unsurprisingly, my boyfriend doesn’t spare me a glance as I stroll into the house he shares with his dad. Instead, before I even take off my coat, he’s already back on the couch with his virtual reality headset firmly in place. The headset is a black helmet that resembles something a motorcyclist would wear. It’s fully enclosed, and evidently, Brian’s already lost in his own world again as his fingers jab at a console he’s got clutched in his palms.

I sigh and sit on the couch next to him while looking around. Brian still lives at home, so instead of inhabiting a small, barely decent apartment like me and nearly every other college student we know, he gets to live in a gorgeous house. The living room is probably my favorite room in this entire place. The ceiling is arched, which makes it look that much bigger, and there are three huge couches and two chairs, all of which happen to be the most comfortable furniture that I’ve ever had the pleasure of resting my ass on. Then there’s the massive flat-screen TV that’s hung up on the wall that’s a huge 96-inch monstrosity. I think it’s way over-sized, but I do admit that it makes movie night really special.

But much good the luxe furnishings are doing right now because Brian’s jabbing away at his console while making weird firing noises with his mouth.

I roll my eyes. God, this is so awful and sometimes, I can hardly believe we’re dating. But I know I should be grateful that Brian’s with me because he’s genuinely cute. My boyfriend’s got blue eyes, light brown hair, and a nice smile. Of course, he’s still more of an adolescent than a man, so he’s thin. Actually, my boyfriend’s scrawny even, with arms and legs that look like they could break.

But then again, I’m not exactly the “feminine ideal,” if you know what I mean. My eyes are brown and my hair is brown too, and not brown/brown in a Cindy Crawford glamorous way. I’m just brown-eyed and brown-haired in a very ordinary, even mousy, way. My body is…well, I’m on the bigger side, let’s say. I’m definitely not skinny, which seems to be what most of the guys at my community college prefer. What happened to that body-positive motto “strong not skinny”? Well, when it comes to dating, it seems most guys haven’t gotten the message yet.

But there are lots of things to be grateful for in life. I just started my first year at Great Falls Community College a few months ago, and it’s been amazing. I’m majoring in mycology, which is the study of fungi, and it sounds gross but it’s actually really interesting. I’ve dreamed of becoming a microbiologist since I was in middle school, and I’m lucky GFCC even has this concentration.

But I have to say that the college dating scene wasn’t what I expected. I don’t know, I just thought the guys would be deeper. Like they’d want to meet a girl with brains who enjoys talking about current events, not to mention art, politics, and culture. Someone who doesn’t just gab on and on about cheerleading and the latest episode of Real Housewives all the time.

Sadly, I was wrong. I went out on a few dates that were lackluster, to say the least, and then I met Brian. Really, he isn’t a bad guy, he’s just a bit distracted sometimes with his gaming. It’s annoying, but I also don’t want to throw myself out there in the dating pool again either because that would be utterly wretched.

“So, how was your day?” I put on my best smile as Brian lifts his headset for a moment. I wait for his answer, only to receive a slight grumble in response. Okay, so my boyfriend isn’t much of a talker.

After a few moments of silence, I clear my throat and decide to tell him about my day instead. “Well, mine was alright, but one of my professors is being absolutely ridiculous. He assigned two huge projects at once and they’re both due in the same week, which I think is going to end in disaster. I doubt anyone is going to turn either of them in on time, which is only going to piss him off and then he’s just going to take it out on the whole class—”

Brian lets out a grunt, seizing upon a small disk. Then he inserts it into his console and glances my way.

“That’s crazy,” he agrees. “Who would have thought? College is insane, right?” But before I can reply, he’s slipped the helmet back on and is playing a new game now that entails karate chops in thin air. I shy away from him on the couch, trying not to get hit. What is this? Double Dragon, the 3-D version?