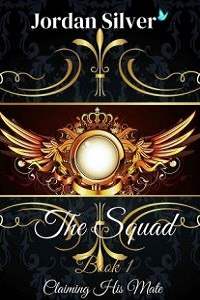 “Kat, lock down every fuck these fucks are up to their shit again.” Swear to fuck if one of my kids catch this shit I’ma level Washington, then I’m heading to the Hague to finish off the rest of these greedy fucks.

“Colt, what’s wrong, what’s going on?” She came running out of the kitchen with a look of fear on her face that I had not meant to put there. Still so damn cute with her round ass and baby feeding tits.

“Nothing’s wrong babe!” Fuck, when am I gonna learn how easily panicked she gets? I pulled her into my chest and kissed her hair before putting her away from me again.

“Where are the kids?” Thank fuck they were almost outta school. This thing seemed to have a trickle down effect, moving from state to state at rapid speed. Who knows when they’re gonna make their way here.

My phone rang in my pocket and I pulled it to see Mancini’s number in the readout. “Hank what’s good brother?”

“Get your family ready, the plane will be there in two hours to get you.”

I smiled at Kat like this fuck didn’t just put my gut on high alert. I took the phone away from my ear and pressed it against my chest. “I gotta take this call babe, be right back.” I took the stairs two at a time and headed up to my office for some peace and quiet. “Tell me!”

“This thing isn’t what it seems.”

“We don’t have time right now, I’ll tell you once we meet up. We got too many pregnant women and children to take chances so I’m bringing you guys in.”

Bringing us in? The fuck is he talking about? “Law and the others?”

“Everyone, just be ready when my people get there.”

I had less than two hours to talk Kat into packing up our nine kids and heading out without alerting her to the fact that there was shit going on. Her trusting ass still believes whatever the lying fuck newscasters say on the Tel-lie-vision.

Hand sanitizer my ass. How the fuck can something that can kill you be stopped by that watered down shit? I don’t know if it’s from the Big Guy upstairs or manmade, either way I’m not trusting these fucks with my life. Lying fucks!

Shit, damn Mancini could’ve given me some warning. I was just this minute thinking about this shit. I called Jared and told him to get our boys ready, I’m not leaving them behind. I had to get around Elena’s nosy ass to talk to the pothead but the old man knew how to read between the lines and act accordingly.

Three hours and four planes later we were all headed out, I left no one behind. Kat’s sneaky ass was up to some fuck because she didn’t question me once. But as soon as I mentioned the island she hotfooted it upstairs with her phone to call the snoop brigade. Whatever, I’ll deal with her shit later I had more pressing things on my mind, like how safe is this place gonna be?

I didn’t have much chance to talk to Law and the SEALs, just enough to make sure we were all on the same page. Mancini’s top secret ass is not to be taken at face value. Fucking friends and shit.

I rested my head back on the chair as the plane took off with one of the trips strapped to my chest. I was too damn tired to figure out which one. Kat and her damn kids had made leaving a fucking national event.

Wait! I came wide awake and looked around the inside of the plane. Most everyone was either getting ready to sleep or were gazing out the windows of the plane as it soared into the air. I relaxed once I saw that little head of hers. Fucking Mengele was the last one to leave the house after I had to go get her out of her lab. She brought half that shit with her it looked like.

Her mother and sister had packed her clothes then I had to answer fifty fucking questions about where we were going and why. I can still hear her trying to work me. “But daddy why? I just spoke to uncle Hank yesterday and he didn’t say anything about going to the island.” She had that look on her face, the same one I used to have as a kid when the adults were trying to snow me and I saw right through their shit.

“I don’t know kid, why don’t you ask him when you see him. We done here? Can we leave?” My hands were already laden down with the shit she wanted to take with her. She looked around the room one last time then sighed like an eighty year old woman before nodding her head indecisively and following me out the door. I have a feeling if I hadn’t made the first move she would still be there doing who knows the fuck what.