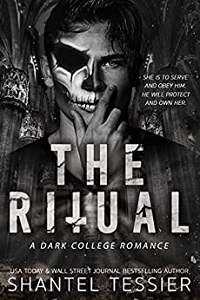 “Make Hate to Me” by Citizen Soldier

“I Don’t Give a Fuck” MISSIO, Zeale

“Everybody Gets High” MISSIO

“Taste of You” Rezz, Dove Cameron

“If You Want Love” NF

“Oh Lord” In This Moment

A LORD TAKES his oath seriously. Only blood will solidify their commitment to serve those who demand their complete devotion.

He is a Leader, believes in Order, knows when to Rule, and is a Deity.

A Lord must be initiated in order to become a member but can be removed at any time for any reason. If he makes it past the three trials of initiation, he will forever know power and wealth. But not all Lords are built the same. Some are stronger, smarter, hungrier than others.

They are challenged just to see how far their loyalty will go.

They are pushed to their limits in order to prove their devotion.

They are willing to show their commitment.

Nothing except their life will suffice.

Limits will be tested, and morals forgotten.

A Lord can be a judge, jury, and executioner. He holds power that is unmatched by anyone, other than his brother.

If they manage to complete all trials of initiation, he will be granted a reward—a chosen one. She is his gift for his servitude.

I KNEEL IN the middle of the darkly lit room along with twenty other men. My hands are secured tightly behind my back with a pair of handcuffs. My shirt is torn, and blood drips from my busted lips. I’m panting, still trying to catch my breath while my heart beats like a drum in my chest. It’s hard to hear over the blood rushing in my ears, and I’m sweating profusely.

We were dragged out of our beds in the middle of the night to serve. Our freshman classes at Barrington University start in two weeks, but we already have to show our loyalty to the Lords.

“You will always have to prove yourself,” my father once told me.

“You were each given a task,” the man calls out as he paces in front of us. His black combat boots slap against the concrete floor with each step, the sound echoing off the walls. “Kill or be killed. Now how many of you can fulfill it?”

“I can,” I state, lifting my head to stick my chin out in the warm and sticky air. Sweat covers my brow after the fight. It’s rigged. You are supposed to lose. The point is to wear you down. See just how much you have to give. How far you can go. I made sure to win mine. No matter what it took.

He smirks down at me like I’m fucking joking. “Ryat. You seem so confident in yourself.”

“I know what I’m capable of handling,” I say through gritted teeth. I don’t like being second-guessed. We were each raised for this—to be a Lord.

Wealth got us here.

Yet our determination will separate us by the time it’s over.

The man looks at the guy on my left and nods. The guy walks behind me and yanks me to stand by the back of my shirt. He undoes the cuffs, and I rip the shredded material up and over my head before dropping my hands to my sides when what I really want to do is rub my sore wrists.

Never show weakness. A Lord does not feel. He’s a machine.

The man steps up to me with a knife in hand. He holds it out handle first to me, his black eyes almost glowing with excitement. “Show us what you can do.”

Taking it from him, I walk over to the chair bolted to the floor. I yank the bloody sheet off the chair to reveal a man tied to it. His hands are cuffed behind his back, and his feet are spread wide and secured to the chair legs.

I’m not surprised I know him—he’s a Lord. Or was. The fact that he’s restrained tells me he’s not anymore. But that doesn’t change my orders.

You want to be powerful? Then you realize you are a threat to those who want your position. In order to succeed, you don’t have to be stronger, just deadlier.

The man shakes his head, his brown eyes pleading with me to spare his life. Multiple layers of duct tape are placed over his mouth—those who spill secrets will be silenced. He thrashes in his chair.

Walking behind him, I look down at his cuffed wrists. He wears a ring on his right hand; it’s a circle with three horizontal lines across the middle. It stands for power.

Not just anyone would know what it means, but I do. Because I wear the same one. Everyone in this room does. But just because you get one doesn’t mean you’ll keep it.