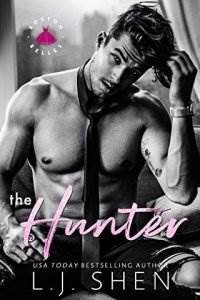 “I hope she’ll be a fool—that’s the best thing a girl can be in this world, a beautiful little fool.”

In this book, she isn’t.

“The Quiet Things That No One Ever Knows”—Brand New

“One Armed Scissor”—At The Drive-in

“When You Were Young”—The Killers

Once upon a time there was a magic castle in which everything wilted but the soul of one boy.

He was six when she met him.

The girl had arrived with her mother to prepare a festive meal for his family. She roamed the hallways, gliding over the marble floors of his mansion on socked feet. She was five—far too young to appreciate the grand arches and courtyards of roses. She slid back and forth, occupying herself until her mother was done, while thunder cracked outside.

It was the kind of winter Bostonians talked about for years afterward, unyielding and persistent. The dark sky shot needles of hail down on the castle, the ice banging over the curved windows angrily. The girl slid toward one of the Gothic windows, pressing her hand against the cold glass.

She was surprised to see a small shadow lying on a sunbed by the pool, out in the rain. A boy. He lay very still, letting the downpour hit him without resistance. He simply took it, accepting the punishing lashes of hail on his skin.

Panicked, the girl began to pound the window. What if he was injured? Unconscious? Dead? Did she even know what death meant? She heard about it sometimes, when her parents thought she wasn’t listening.

She banged the glass harder. His head turned slowly her way—lazily, almost like she was of no importance.

His gray-blues met her light greens.

“Come in!” she shouted, looking left and right to find a door handle.

He shook his head.

“They’re sending me away.” She read his moving lips, but couldn’t hear him. “I’m leaving.”

“Where? Where are you going?” she called.

But he just turned around, angling his face toward the sky, welcoming the whiplash of the hail.

His eyes were open, she noticed. She followed his gaze, looking up at the black velvet of the night. There was no moon. No sun. The earth seemed so terribly lonely without one of them to watch over it.

The girl wondered what would happen if the sun kissed the moon.

She had no idea she’d find an answer to that question one day.

Or that the person to give it to her would be that very lonely boy.

“Time to wake up, Captain McCrabson,” my friend/angel on my shoulder, Knight Cole, announced. The tip of his Margiela sneaker nudged my back.

Based on the hard surface underneath my aching muscles, I gathered I’d crashed on the floor again. And by the sticky feeling in my groin, followed by the breeze rolling through my neatly trimmed pubes, I knew I’d shoved my cock into holes I shouldn’t have the night before, and I was gloriously naked.

I groaned, squeezing my eyes shut and rolling over on top of another warm, naked body. Tits. I felt tits. Nice, plump, and natural. Without opening my eyes, I brought a nipple into my mouth, suckling on it idly.

“Want some coffee with your milk?” Knight wondered aloud.

My hand descended its way along the chick’s stomach, down to her holy grail. She was wet and hot, arching her back, her thighs quivering with need. I began to rub her swollen clit, prepping her. My cock yawned its way into a semi, just as another body pressed against me from behind.

“Taking your coffee with milk is like going down on a woman with a condom on your tongue. The Italians would exile you for less,” I murmured, eyes still closed, my lips against this girl’s skin.

“Thanks for the imagery,” Vaughn Spencer, my other good friend, quipped flatly.

“Pay no heed to me, old sport.” My available hand patted the flesh behind me, curling the other chick’s leg over my waist. Where are my condoms? Why were Knight and Vaughn offering me coffee and conversation instead of a rubber? They should be fired and replaced with wingmen who’d actually help me score. Not that I had any trouble in that department. “Just throw me a rubber before you leave, will ya?”

“Give your cock a timeout and wake the fuck up.” A muddy boot found its way to the side of my head, threatening to squash my skull.

Vaughn, AKA the devil on my shoulder.

I had a love-hate relationship with the motherfucker.

Love, because he was, after all, one of my best friends.

Hate, because he was, despite the abovementioned title, a cunt of gargantuan proportions.