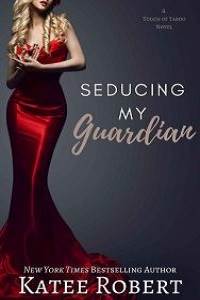 I used to be a good girl. The apple of my parents’ eyes, their precious daughter who could do no wrong and only wanted to make them happy. The overachiever who got good grades, always did extra credit, and never stayed out past curfew.

Why would I cause trouble? I had the perfect life, after all. The perfect house on its quiet private street with it’s perfect climbing tree in the front yard and acres to explore and play in. The perfect parents who were strict but loving and never, ever fought. The perfect circle of private school friends since kindergarten. Even the perfect boyfriend, kind and sweet and always respectful.

Everything changed on my sixteenth birthday.

A rainy night. A too-sharp turn. Glaring headlights in the windshield.

Sometimes I feel like I woke up in another world after the car crash that killed my parents. One where up is down and down is up. A life where I have no living parents, no house, no friends. Where I have nothing.

He showed up a few days after the crash. I’m still not sure why my parents chose him as my guardian, an old army buddy of my father’s, one who was a stranger to me. Maybe they never expected anything to happen to them. People rarely do.

I was so numb during that time, I don’t remember much. Just that Devan mostly ignored me in favor of dealing with the endless details of my parents’ funerals and wakes and, god, I don’t even know. And that he was handsome enough to launch a thousand fantasies. Even grief-stricken and wrapped in a cold that still plagues me to this day, I noticed that.

The day after my parents’ funerals, Devan bundled me up, shipped me off to boarding school, and has proceeded to ignore me for the past nine years.

Except when I get into trouble.

It was three years after that horrible birthday when I first figured out how to get his attention. A friend had the brilliant idea to hop on a plane to Mallorca to party for a long weekend. To get me out of my head and chase away the ghosts surrounding the day of my birth. I was nineteen, after all, and needed to have some fun. Fun. The entire concept was laughable then, and it’s laughable now.

I had nothing better to do, so I endeavored to have fun. Too much fun. Too much alcohol. Too much sun. Too many handsome Spanish men with too friendly hands.

At least I was feeling something.

I was doing body shots in a string bikini when Devan appeared like some kind of reaper, hauled away the guy licking his way up my stomach. He took off his button-down shirt, wrestled my belligerent drunk ass into it, and took me back to college.

At that point, I’d convinced myself that he couldn’t possibly be that handsome, that it was all a fiction my traumatized sixteen-year-old brain had created in the midst of the worst trauma of my life. Silly me. Of course he was that handsome, of course he was even colder than I remembered.

So I did it again for my twentieth birthday. A frat costume party, because of course. I was dressed in the sluttiest schoolgirl costume I could find, a request from my boyfriend at the time. Devan scared the guy so bad he almost pissed himself, and shuttled me home safely. Again.

It became a tradition. I stopped asking him why he showed up. His sudden presence on a single night of the year became a compass of sorts for me. No matter what else was going wrong in my life, at least Devan cared enough to show up and make sure I don’t drink myself to death on the one night of the year when I can’t stand being in my own skin.

The rest of the time?

I’m just a spoiled little rich girl. Too much money. Too many friends who aren’t really friends at all. Too many boys who want my body, but flit away the second they realize I’m damaged goods.

It’s time to grow up and put my wild streak behind me. To finally stop pining after a man who’s nothing more than a ghost that manifests a single night of the year. I’ll never truly escape the night my parents died. Trauma like that writes itself into your very bones. But that doesn’t mean I have to wrap myself in the chains of grief and let it pull me under. Not anymore.

I promised my therapist I’d stop using my birthday as an excuse to cut myself open just so I can be sure I still bleed.

Later. I’ll do all the right things later.