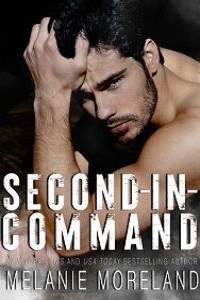 “On my mark,” I murmured, my voice so low it was barely a whisper. “We go on three.”

No one responded. There was no need. My men were ready. We knew the drill—we’d done this far too many times for there to be any mistakes.

I counted it down, signaling go time. “One.”

Where once it was silent, in places you thought were empty, came a burst of movement and noise. Doors were kicked in, gunshots fired, the thundering sounds of booted feet and shouting filled the air.

Every mission was a race against the clock. Planning, strategizing down to the final detail. Plan A having a backup; Plan B having one as well. Contingencies for every eventuality.

The goal the same every time—saving innocent people.

My feet pounded on the hard floor, the heavy thumps drowned out by the shouting and screaming around me. The building was so cold I could see my breath. Gunshots rang out, more high-pitched shrieks and panicked voices filling my head. I didn’t veer off course, heading directly for the head of the snake.

The cowards that ran these operations always hid themselves in the back, hoping if their place was attacked, they would have time to grab what they wanted and slip out, not caring if everyone around them died.

Except we were far too well advanced for them. Every exit was covered, every escape route known. No one would be leaving this building alive except for the victims. They were our number one priority. Always.

I burst through the door, my gun drawn. As I suspected, the leader was busy stuffing money into a bag.

He looked up, hatred on his face. “You’ll never stop it,” he sneered.

“I have something to offer.”

He was dead before he hit the floor.

Damien walked in, and I indicated the room. “Find all the cash. Blow the safe. Bring all the records.”

He nodded, getting right to work. He had come a long way in a few years. When he had started with Matteo’s team, he had been brash, hotheaded, and outspoken. Constantly getting himself in trouble with our bosses.

Now he was one of my most trusted men.

“Everyone out all right?” I asked.

He didn’t stop in his work, adding money and laptops to the bag and getting out his tools to crack the safe.

“Loading them now. They all have blankets and water. Protein bars. They’ll be gone in fifteen. We just want to make sure we have them all.” He frowned. “The intel said twenty-one, but we only found twenty people.”

That wasn’t unusual. On occasion, a victim died or was traded or sold before we got here. Still, it bothered me. “Have the men make another sweep.”

He barked out a dry laugh. “Dead, Marcus. All of them. You got the last one.”

I headed to the stairs. I started at the top, checking the building myself. I always did. I was disgusted, but not surprised, to see how the ringleaders lived. Comfortable. Decadent. Far warmer than the other two floors. Big beds, lots of food, all the toys and trappings. The rest of the structure was exactly what you would expect in a warehouse and got worse the lower you descended into the building. The main floor was set up as a business so as not to draw attention to the real purpose of the warehouse. The trucks that came and went were a great cover and made transporting the victims easy. The basement where they were kept was barren, cold, and totally unescapable. Unless they took you out of it in a body bag.

I stopped in the room belonging to the head guy. It wasn’t big, but it was opulent. I walked around, something bothering me. What, I had no idea. I had thought I heard an odd noise, then shook my head. Everything seemed normal. I investigated the other rooms, but nothing stuck out. My men were there, checking for safes, guns, or the one unaccounted-for missing person, but the rooms came up clean.

The main floor of the warehouse had a couple of trucks, some empty storage containers—all covers for a legitimate business. The basement was empty, and I shuddered at the space these people had been forced to live in. The squalor and cold. The gray cement walls and unforgiving floor. It was a place meant to drain you of life and hope.

I headed back to the main floor. “Everything check out?” I asked, unable to shake the feeling that something was off.

Egan nodded. “The explosives are set. I called all clear. I am setting the timer for twenty minutes.” He called over to Leo, one of our newer additions.

“On it,” Leo replied and dug into a bag.

I glanced at the screen. “No one left?”