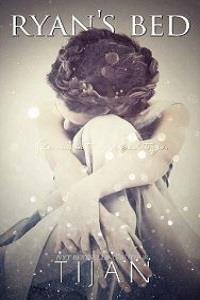 The first time I snuck into Ryan Jensen’s bed was an accident.

I’d been lying in bed next to this girl I’d been introduced to twelve hours earlier at a company picnic. My family had just moved to Portside, Oregon, from Schilling, Arizona, because of my dad’s promotion, so the whole picnic had been new faces, new names, and that feeling of being the newbie on the scene. Portside wasn’t huge, but it wasn’t small either—maybe around twenty thousand people lived in this suburb outside of Merridell.

Robbie would know. My brother could spit out statistics because he was the family genius. Willow was the family artist. She excelled at almost everything creative, or it seemed that way. Piano. Dance. Painting. Once, she made a six-foot papier-mâché dragon that won a state competition.

Trust me. That was a big deal. She was on the local news.

Maybe that was when it started. Maybe she felt as if she had to compete with Robbie.

I’d found empty bottles of laxatives in our shared bathroom, smelled the dried puke in the toilet, and a couple of times, I’d woken up to find her exercising in the middle of the night. We were the only two sisters, so it made sense we shared a bathroom. We’d shared the bedroom too until our pre-teen years, and then we got freeeee-dom! (I’m saying that in the best Braveheart yell I can muster.)

I didn’t know why she felt she had to compete with Robbie.

No one could compete with that kid. He was a walking, talking, and eating computer. Robbie wasn’t ever going to be normal, but Willow and me—we were. Or I was.

I wasn’t the best at anything.

Willow had been popular in Arizona. I hadn’t.

Well, I hadn’t not been popular. I wasn’t in the top tier of the social hierarchy, but I was liked. Everyone knew me. Everyone was nice to me, though, thinking back, that might’ve been because of Willow. If someone came at me, they came at her. And she was not one to be messed with.

Same thing with grades. I did okay. My B+ average made me beam with pride. Not Willow. It was A+ or the end of the world. There’d been talk at our old school about raising our GPA from a 4.0 to a 4.2 scale. Willow was all for it.

Not me. That meant I’d have to try harder. No way.

Maybe that was my role in the family. I was the slacker.

Yes. I liked that. I’d been the slacker in the family—or maybe I was the lazy one. There was a difference between being a slacker and being lazy. One slacks, and the other excels at slacking. That seemed to fit better.

Yes, that was me, and I had been once again fulfilling my role when I missed Peach’s door and tiptoed into the wrong room. I went in search of a glass of water and got lost trying to find her room again. It was easy to do. The place was a mansion.

I didn’t realize it at the time. Both bedrooms were cool, with fans forming a breeze, and large, comfortable beds. These people were rich.

They were wealthy. According to my sister, there was a difference.

I’d met Ryan and Peach at the company picnic—or, rather, I met Peach. I assumed she was nicknamed for her fuzzy red hair. Freckles all over her face. Blue eyes. Blending. That was what she did, just like me. I blended into the crowd, whereas Willow never did. It was the same with Peach and Ryan. She blended, and her brother didn’t.

I wasn’t actually introduced to Ryan, but he didn’t need it. I noticed him anyway. He was that kind of guy. People noticed him, even adults.

Golden brown hair long enough that it flipped over his face and still looked adorably rumpled, hazel eyes, a square jaw, and a dimple in his right cheek—Ryan had a face girls sighed over. Even with him sitting at a picnic table, it had been apparent he was tall with a lean build and wide shoulders. Since his shirt had flattened against his arm, it was also obvious that there was good muscle definition underneath.

The guy worked out.

And judging by the look on his face, he’d been bored out of his mind.

He’d been sitting on a picnic table with two friends, not doing anything. He wasn’t talking or shouting or waving his arms around. He was literally just sitting with his feet resting where people would normally sit, and he’d drawn attention. His elbows had been braced on his legs, and there was an air around him. He’d exuded a nonchalant charisma.