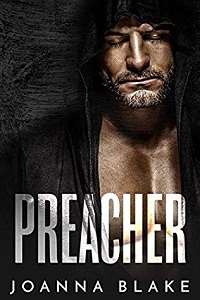 The sun was just rising over the Pacific as I finished the last dregs of the bottle in my hand. I wasn’t worried about running out. I had a case and a half of the stuff fewer than twenty feet away. I savored the last mouthful of the tequila and swallowed the worm. Anything else would be disrespectful, I always said.

I raised a hand to the fishermen dragging their boat to the water nearby. Every morning, they came at the ass crack of dawn. I was usually still up drinking. We had grown used to each other over the years.

One of them jogged over.

Pablo grinned at me, not taking the slightest offense. I liked that about him.

I nodded with a shrug. Pablo liked to give me shit about the rotating group of mamacitas who warmed the bed in my falling down beach shack. Or they used to. I hadn’t been interested lately.

Maybe I was bored. It wasn’t like I didn’t have variety. I never stuck with one lady for long. Never had. But even variety loses its appeal over time.

And I’d been at this a long, long time.

It was probably time to head back to California, I realized with a sigh. I had shit to do. With honorary privileges at multiple clubhouses, there was always someplace to crash or some hot club girl who would inevitably invite me to her bed. If I was lucky, she’d invite a friend or two. But I was easy. I didn’t need all that. I could roll up my jacket and find a corner to sleep in until it was time to move on. In addition to my shack south of the border, I also had a place up north in the woods. Rustic was one word for it. Simple was another.

Simple, just the way I liked it.

So yeah, maybe the easy life on the water was getting to me. The tequila was plentiful. So were the women. But I wasn’t enjoying myself. I hadn’t been for a long time. It had taken a while to sneak up on me. Almost a month ago, I’d realized I was getting old. Hell, I was already old as dirt. For the first time, a soft, unfamiliar woman in my bed and a belly full of booze weren’t enough anymore.

Besides, I missed the road.

I missed the hunt.

I missed the Untouchables. Hell, I missed all the clubs that I had privileges with. I even missed the damn Hell Raisers.

The two I could stand, anyway. Shane, who was probably not going to stay on as the head of the Raisers. He was already more than half Untouchable. And Doc, who like me, had privileges at multiple clubs.

People tended to be nice to a guy who would clean up bullet wounds without calling the cops. Hell, I’d seen Doc pick a bullet out of his own arm and then go back to drinking.

I grabbed my cigar butt and the empty bottle before waving goodbye to Pablo and the boys.

“Buena suerte, mi amigo. I might be taking off soon.”

“We’ll keep an eye on the place for you,” he said with a grin.

“Yeah, yeah, you can crash if you want. Just don’t shit on the bed.”

He laughed, shaking his head at me.

“That I am,” I said, walking back across the sand to the shack. It had been built by fishermen at least fifty years before. That made it as old as I was.

No wonder I liked it.

I poured myself a glass of water from the tap and sat on the edge of the bed, shaking the sand out of my jeans as I pulled them off. I lay down, buck ass naked, and watched a lizard crawl up the wall.

That’s when I made the single most stupid move I’ve made in my entire fucking life.

I answered my phone.

I sat up, instantly awake, if not completely sober.

“Yes, it’s me,” the voice said, and I flashed back instantly. I was a young seminary student. My faith in God had been without question. And Paul had been my friend. My best friend. Hell, we were as close as brothers. “You are damn hard to get ahold of.”

“Sorry, man. How they hanging?”

“We don’t talk for years, and that’s what you ask me?” Paul wasn’t mad, though. He might have gone legit, but he had a sense of humor. And nuts. He coughed and said something under his breath.

“Shit,” I said, feeling the ground drop out from under me. Death was part of being a biker. It was as familiar as an old friend. But Paul was different. He’d been there when everything happened with Janey. He’d known me before my faith . . . well, before my faith changed. He knew I had never stopped believing in God, just his rules. And while I loved God, I didn’t much like the Big Guy. Or at least, my feelings were complicated.