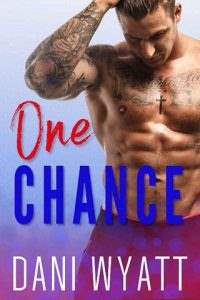 My stomach knots as Tor pulls his car to the curb in front of the terminal doors.

Did I put the Dark Opal basil on the produce order?

What if a food critic pops in for a meal and I’m not there?

I don’t remember if I told the sommelier to watch the thermostat on the upper cooler. It was off by two degrees yesterday…

I swallow and wonder for the hundredth time in the twenty-minute drive to the airport if I can still bail on my yearly trip with some friends from my culinary institute days.

I press on a smile as Natalie, Tor’s wife of four years and one of my best friends as well as sister-in-law, turns to look at me from the passenger seat.

“I miss margaritas,” she says, one hand on her eight-month pregnant belly as Tor flashes her a look. “I’m pretty sure this last one was the result of a few too many margaritas, if I remember.”

She winks my way as my brother grunts.

“I don’t need margaritas to knock you up,” he grumbles.

“Please.” I squint and shake my head. “I’m still working on getting the image of you two in my old office four years ago out of my mind. I do not need to hear anything about margaritas and getting knocked up…”

Natalie shrugs as Tor reaches over and squeezes her chin, giving her a look that I know means as soon as I’m inside the airport, he’s going to find a spot to park the car and do some things I don’t want to imagine.

“Maybe you’ll find yourself a little ‘knockered’ on vaca.” Natalie winks as Tor presses his fingers over her mouth.

“Don’t say that to her. She’s not getting knockered-anything, not as long as I’m alive.” He swallows, his nostrils flaring, then turns to me. “Call if you need anything, anytime. Either me or Cyrus will hop on a plane or whatever you need. I didn’t like the sound of how things went last year on this trip of yours. Your so-called friends sound like morons.”

My two older brothers are more like stand-in fathers. They are monolithically protective and maybe that’s why I’m still single at twenty-six years old. That, along with my seemingly pathological obsession with cooking, all-things-food and running my restaurants, which takes up what feels like twenty-seven hours a day twelve days a week.

Tor is my business partner at both my restaurants and Cyrus takes care of my personal investments, making me a great passive income on the side, and also makes sure my house stays standing and my car gets the oil changed every 3000 miles. They are great, if not somewhat oppressive at times, but I know how lucky I am to have them.

“They’re not morons,” I start as I gather my backpack and tap my phone a few times to bring up my boarding pass. “The chef/restaurant life is tough. Some of them have fallen into some self-medicating. It’s stressful.”

“You’re supposed to be going there to de-stress,” he says as Natalie offers a sympathetic look, “not babysit a bunch of ‘friends’ who sound like they need a stint in rehab instead of a debauched vacation in…where are you going again? What island?”

“San Phillipe. Between the Keys and the Bahamas. It’s close enough for a three-day trip and great food. Two five-star restaurants and it’s known for its amazing street food as well.” My mouth waters thinking of the new food experiences that await and a renewed excitement perks my spirits.

I’d always wanted to cook and own a restaurant as far back as I can remember. I cooked with my mother and grandmother since I could stand on a stool at the counter. I love the idea of putting ingredients together to create something magnificent that brings people pleasure and joy. Watching people enjoy what I cook is like giving love to them, something I am pretty sure I’m never going to find in the traditional sense because work is my life and I can’t see any man putting up with my workaholic tendencies—or my smart mouth and general pain-in-the-ass nature, as my brothers call it.

I think about the recipe I was working on last night at 1 am. The restaurant was already closed and cleaned, but an idea popped into my head and I had to see it through. Goat cheese and beets, lamb and a Greek spice mix of my own made from oregano, basil, dill and a few other spices, all wrapped in a phyllo dough crust with a balsamic honey reduction glaze on top.

By 3 am I had the third and final version perfected, and it will be on the menu when I get back from my trip.

“Be sure you don’t have that baby before I get back.” I lean forward and give Natalie the best hug possible over the back of the passenger seat, then I make a loose fist and land a soft punch into Tor’s shoulder. “Try not to be too much of an asshole to my staff while I’m gone. If I come back and they’ve all quit, I’m going to kick your ass all over the walk in. Just let Yiorgos run things. Only step in if there’s some catastrophe, then before you do anything, call me. Got it?”