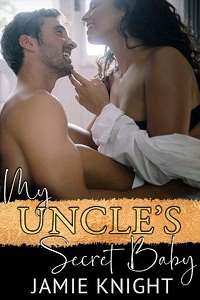 It's late in the morning. The sun blazes down. My feet pound in a steady rhythm on the pavement. I jog through the neighborhood, trying vainly to focus on my breathing. "In and out. Just in and out. Cleansing and calming." I repeat it in my head.

Why am I going through such efforts? It is the only thing that keeps my mind focused and free of the fantasies that I have been having lately. Normally, that's not such a big deal, but I have been fantasizing lately about someone that I shouldn't be.

Subconsciously, my mind drifts to him again. I take a deep breath and then exhale. I jog a little faster and think about something else. Like how I ended up at this point in my life. I'm a child without parents. How did that happen? Well, my father died just days before I was about to be born. It was a tragic car accident that took him. Obviously my mother was distraught. This stress aggravated her body and led to a dangerous and risky pregnancy. Naturally, this induced her labor. She went through with and gave birth to me, despite the warnings and health complications. Fortunately, I survived.

This story always depresses me. My mother didn't survive the birth. She was warned this would happen but still proceeded with it. It is obvious that she had given up at that point and chose that as her way out. After I was born I was entrusted to my aunt Edith. She is my mother's biological sister. She gave me so much love and support. She raised me as her own daughter, along with my three cousins. We were so close and grew up in a house filled with love. Honestly, I think of my cousins as my siblings and I know that they feel the same. It is a shared sentiment between us.

I can honestly say that I did not lack in love and affection growing up. I tell myself that every chance I get. Aunt Edith is still considered my mother, though I'm technically an orphan. She was the one who raised me and cared for me. I have to repeat that as my mantra. Deep down there will always be the pain of having never known my real parents. I only experience it if I allow myself to dwell on this subject for too long. That is something I try not to do. That is why I jog and try to keep busy. It is far too easy to get caught up in one's own head.

This next part of the story leads me back to my earlier fantasies. Did I have any other family members aside from my aunt and cousins? Yes I did. 'My uncle mikah.' As far back as I can remember he would always come and visit me. 'Uncle Mikah' isn't my biological uncle. He is a close friend of my father's. So close they were like brothers up until my father died. My childhood memories of Mikah are so vivid. He would always bring presents with him. I remember how excited I would get in anticipation of those visits. I would gaze at him with starry eyed admiration once he arrived.

Though not as constant as my aunt, he was an influential presence in my young life. He was exciting and Fascinating. He was completely different from those in my household. I distinctly remember when my feelings for him started to change. I was 13 years old. I saw him in a different light. I saw how handsome and attractive he was. I attribute that to so many factors, puberty being one of them. However, at that I started to realize that my feelings for him weren't so platonic after all.

How could they be? At that age is when I started having fantasies of him. The erotic kind. One of my favorites was imagining him coming for his usual visit. He would give me my present like always. We would disappear together to talk or be alone. He would notice how I was growing up and developing. He would grab me, forcefully but gently. We would make out passionately, followed by him urgently pulling my clothes off and telling me how much he needed me. Afterwards he would fuck me silly in the bed, in the garage, or outside against the side of the house. These fantasies were so exciting because there was always the thrill of us being caught. In my head he fucks me so good he makes me lose my mind.

I know they are only fantasies. We live in a society where things like that are socially taboo. I have stayed quiet about everything and done my absolute best to suppress these thoughts. For years I have felt ashamed of having these thoughts. I have tried unsuccessfully to stop. Jogging is my latest attempt at this. I thought as I got older, these would fade. That I'd meet someone else and move on, or just grow older and forget about him. Sadly, that doesn't seem to be the case. My heart and mind seem to be forever stuck on my father's best friend, my 'uncle' Mikah.