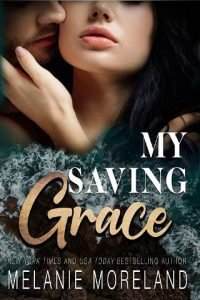 I woke up, my head aching and my limbs heavy. I blinked in the darkness of the room, my mouth feeling like the Sahara Desert. The room was unfamiliar, and it took me a moment to recall I was in a hotel room in Las Vegas.

Why did my head ache so badly?

I searched through my memories of the day before. Finally resolving the mystery of the trademark and copyright fiasco. Spending a carefree afternoon in Vegas. Having fun at the slots, sampling a couple of buffets. Seeing the sights. Then I got a call before we left for the airport to inform me that my plane was canceled due to a mechanical malfunction and the earliest flight I could get out was the next day. It was a long-ass flight with lots of stopovers all over the States before it landed in Canada, but it would at least still get me home before Addi’s wedding. I hadn’t wanted to come on this trip so close to her nuptials, but I had. Jaxson had asked, and I had said yes. It proved how much of an idiot I was.

The fact that he came to mind as soon as I woke up only solidified that assertion.

What the hell happened to me after that phone call?

I racked my brain, trying to remember, to grasp some minute detail of yesterday, but the one clear memory in my mind was meeting him a couple of months ago.

I had interviewed at Smith and Hodges and was offered a position to article with the firm. Articling, as I had learned in law school, was a uniquely Canadian term—basically, I would be a paid intern and benefit from hands-on experience with a mentor. After the interview was done, I was sent to Jaxson Richards’s office. His outer office was empty, so I knocked on the door, waiting until he called out for me to enter. He sat behind his massive desk, and the moment our eyes met, my world tilted.

Tall and broad, stern and fierce, he stared at me, rising from his chair. His eyes were like iced fire, the blue vivid and clear. His hair was so dark, it was almost black and brushed to gleaming. His suit fit him perfectly, and as he strode toward me, I caught a glimpse of his powerful thighs, large hands, and wide chest. He held out his hand, a smile tipping up one corner of his full lips and making the cleft in his chin prominent. I had never seen a man as handsome in my life. Considering the caliber of the group of men around me all the time, that was saying something.

I slipped my hand into his and shook it. The shock that tore through me at his touch startled me. For a moment, I was speechless, my throat dry, the words I needed to say unclear. I shook my head and found my voice, wondering why I was suddenly so nervous.

“Mr. Richards. Yes, I’m Grace.” I cleared my throat, my words sounding strangely breathless. “It’s a pleasure to meet you. I look forward to our time together.”

He escorted me to the chair across from him and waited until I sat down. It was only then I realized he was still holding my hand. He released his grip and sat down, resting his elbows on his desk. Then he asked me the strangest question.

“Tell me about Grace VanRyan. Besides being an articling law student.”

I had expected him to ask about school. What I wanted to get out of my time with the firm. My thoughts on the future. Not to ask about me.