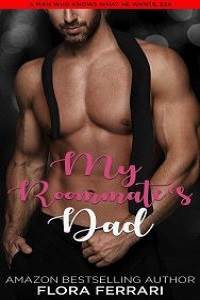 I look around at the crowded art gallery and sigh. Before I can even attempt to say what’s on my mind, Alex interrupts me.

“Oh, come on, Can-Can,” she says, pre-empting my complaint. “It’s just one night. Stop worrying about the morning and enjoy it.”

I nod, though I can’t say that my heart is really in it. I am worried about the morning, and I can’t help it. We’ve got a lecture early on with the kind of professor who locks the door at the exact starting time of the class – and then refuses to let you pass if you missed more than one class – so it feels like the wrong time to be attending an evening party.

Alex is my college roommate, and despite the fact that we’re taking the same class she doesn’t seem at all worried about getting on the wrong side of Professor Clarke. She insisted on dragging me along to this exhibition launch party at her Dad’s gallery, and I don’t really know why I agreed to it – except that maybe I must have been sleep deprived when she asked me.

I shake my head at her as she grabs my hand and pulls me over, ignoring my blushes. “It’s so juvenile,” I say, trying to pull my hand free.

Alex laughs. “What’s juvenile about adult content?” she asks. “You’re only saying that because you’re so prudish.”

“I am not,” I exclaim, feeling my cheeks heat. There’s not a lot I can say to her, truth be told: if she needs proof that I’m not a prude, I don’t have much to offer. I’m twenty years old and still a virgin, and I’ve never even had so much as a boyfriend. I guess I’ve spent a lot of my time focusing on my schoolwork and not a lot of time getting out there to date.

But the way I look probably has something to do with it, too. I glance around the other women here, and I know I stand out. Most of them are tall and willowy, wearing skin-tight or barely-there dresses that show the lean lines of their bodies. Their long, shapely legs lead to flat stomachs and pert chests, more like models than art buyers. Actually, I realize, most of them probably are models, come here to meet artists.

And then there’s me. Big and curvy from head to toe, currently wrapped in a white dress that covers my arms and skims only an inch above the floor, covering me up entirely. I must look like a walking house to most of them. I bite my lip and sigh, trying to focus on the art instead of comparing myself. It’s not that I hate my body, but when I’m around women like this, I definitely feel… inadequate.

“Why don’t you get some snacks?” Alex says, nodding towards a small table that’s been set up with refreshments for the party. I’m sure she didn’t mean it in a bad way, but from the way it lined up with what I was thinking, it just sends me deeper into a spiral.

“No, I’m okay,” I say, turning my head away from it resolutely. Maybe I can go the night without food and lose a little weight along the way. “I’ll keep looking at the art with you.”

“Alright,” Alex says, then winks. “But I’m going to go check out the food anyway.”

I stifle a groan. I should have known I was looking too much into it. Alex just wanted someone to go for the snacks first so she wouldn’t feel bad about stuffing her face too. I’m too in my head tonight.

We move towards the refreshments, but before we manage to get there, an older woman calls out to Alex by name. Spinning around to mouth an apology to me, and to gesture me towards the snacks alone, Alex peels off, greeting her with an exuberant friendliness. The woman must be one of Alex’s father’s clients, I figure, so I trail away on my own, finding myself right where I vowed only moments before that I wouldn’t be.

Oh well, I think, reaching for a cocktail stick stacked with different types of cheese, olives, and some kind of artisan ham. There are worse places to find yourself on a weekday evening. At least the food is free.

I people-watch as I graze the refreshments, working my way down the table to try a little piece of everything. Across the room I see a tall, broad-shouldered man in a dark suit, my gaze falling on him curiously. He has such an impressive figure, even from behind – he reminds me of a fitness model, only bundle into a suit which is impeccably cut to hug his shoulders and biceps, smoothing down over his waist, then falling from his hips in such a way that you can’t help but notice how muscular his legs are, too.