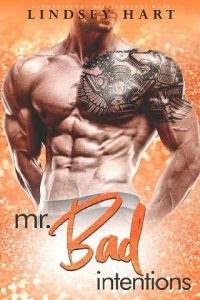 Why is it that at the exact time you need the stars to align and everything to go right, things go so, so, SO motherclucking wrong?

For example, it’s Monday. Everyone hates Mondays, but not me. I like Mondays. Mondays are great. When everyone else is dogging it in the office, making excuses about weekends and coffee and blah this, blah that, I’m working my ass end off. I’ve been doing that for years—Mondays and every other day of the week. Sometimes even Saturdays and Sundays too. Often unpaid, because I’ve had an ultimate goal since day one—to make manager and be the one at the top, or at least near it. To make piles of money, pay off all my college debt, get a bigger house, and buy a newer car.

Yes, Mondays might stink all around the world, but this particular Monday smells like a freshly cracked can of tuna. And no, not the fishy and gross ones. There is nothing wrong with tuna because it happens to be one of my favorite foods, especially the little spicy tuna cans with the tiny pepper inside. I eat that baby down, each and every time. To me, it smells a little like tacos, and I think everyone can agree that tacos are universally delicious.

Okay, so I normally like Mondays, but this Monday is turning out to be a little spicier than I anticipated—the sassy and feral kind of spicy—which isn’t the good kind of spicy that comes packed in with the tasty little pepper in those delicious tuna cans. This Monday is as spicy as Satan’s ass end blowing out flames after a bad taco binge, and I know it would not smell universally tasty. At all.

I have a meeting with my boss at two, and it just so happened I also had a dentist appointment that I booked six months ago, which I forgot to change. They charge a fee if you miss the appointment or cancel without giving twenty-four hours notice, and they just called me late last night to remind me about it. I figured I could take an extended lunch break, hustle my ass over there, get my dang tooth filled since the cavity has been lingering for six freaking months (seriously, no one likes the dentist—how can it be that freaking busy?), and get my butt back to work in time for the meeting.

The Meeting. The big one. This is the day I finally get my promotion. I can smell it.

Or maybe what I can actually smell is my body odor coming from my sweat-drenched body, which is stuck in a hot car in the middle of a freaking hot day, in a traffic jam, with no air conditioning. Those goals I was mentioning? I think I should bump the new, or at least new to me, car up to the top of the list. This one has seen better days. Let me tell you, Amarillo can be motherclucking hot.

My blouse is so drenched with sweat that I could probably wring it out, and my bra is like an oversoaked sponge or something equally as gross. At this point, I think it might actually be weighing down my ta-tas instead of holding them up. My pants are slick, but not in a good way because they’re slick with my perspiration, and my panties are also soaked. I can’t remember the last time this happened, but this one is also not in a good way. They’re wet in a crotch sweat, leg sweat, all mingled up kind of way.

I glance around the steering wheel and crane my head through the open window, trying to see what the ever clucking fucking hell is going on up ahead to bring things to a standstill like this. The office isn’t that far. I wonder what would happen if I ditched the car and make a break for it. It’s just after one, and at this rate, I’m never going to get back in time to get my promotion anyway. How embarrassing would that be? Would my boss change his mind?

My mouth is still numb from the shots at the dentist, and as I duck my head back into the car, I barely manage to avoid biting my tongue off.

I’m starting to freak out from stress overload, so I grab my phone and dial my BFF. Sadie is always good at calming me down. She’s also a freelance writer, and since she keeps some freaky-deeky hours, I know she’ll likely pick up.

“Hey! What’s going on?” Sadie does indeed answer, beating her phone from sending me to voicemail by probably half a ring.

“I’m stuck in traffic, trying to get back to the office. I think I’m going to get the promotion today, but I’m freaking out because I’m not going to make it on time. I’m thinking about ditching the car and hoofing it,” I spit out, my words coming out somewhat garbled because of the numbness.