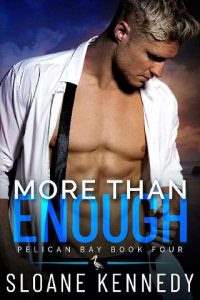 Since I was currently bent over the small hoof of one of my least favorite patients, it was easier just to take an upside-down look between my legs to confirm that I’d once again been caught in the act by the Bad Word Police. The sight of bright red sneakers and matching red pants with orange lightning bolts running up the side of them confirmed that I was out another dollar for my infraction. I sighed as I gave Jerry’s hoof another once-over before releasing the zebra’s hind leg.

“Newt,” I began as I straightened and turned to face the little boy.

“No do-overs or takesies-backsies,” the child declared, then he stuck a small glass jar through the rails of the fence.

“What, you’re carrying the swear jar around now?” I asked with mock outrage as I fished out my wallet.

Newt shrugged and shook the jar a bit. A few coins jingled but the majority of the space in the container was taken up by dollar bills.

“Uncle Dallas said to bring it with me since I was coming to see you,” Newt announced. He used his free hand to stroke Jerry’s black muzzle. The normally ornery zebra, who I was sure was the devil reincarnated, nuzzled Newt’s hand. The black and white striped menace had spent much of my short visit with him trying to take bites out of my ass, but with Newt, the four-legged spawn of hell was all soft whinnies and doe eyes.

My gaze shifted to the sleek white wolf sitting quietly at Newt’s side. The large animal was nearly as tall as Newt, yet I knew, like Jerry, the creature was completely entranced by the little boy.

Of course, it didn’t take much to fall head over heels for the five-year-old. He might not have been related to me by blood but being his unofficial Uncle Sawyer wasn't any kind of hardship. I probably should've considered it strange that I felt more like a true uncle to Newt than I did to my actual nephews and nieces, but given that I barely spoke to my siblings, it was no wonder that my relationship with their children didn't go beyond the obligatory birthday card complete with a gift card or $50 bill. In the early years, I'd actually gotten a thank you card in return, but those too had fallen by the wayside. I wasn't really sure why I was keeping up the pretense.

The jangling of the swear jar reminded me of the task at hand. I sent Newt a pretend frown as I begrudgingly put the money into the jar. "Don't go spending this all in one place," I told him.

"Can't. Mad says I gotta keep some for college." Newt shrugged. "He says at the rate you're going, I'll be able to go to Harr… Harr…"

He nodded eagerly. "Twice," he added.

I managed to catch myself before I called Newt's quasi-second father a colorful name. I didn't even dare mumble the word under my breath because Newt had the hearing of a bat.

I braced my arms against the top of the fence. "Oh yeah, how come?"

I found myself smiling as he rattled off all of his future career tracks. Not one of the men he'd named was related to him in any kind of way, but they were all his family. Hell, they were all my family. I still didn't even know how that had happened. It was pure luck that I’d ended up in Pelican Bay, Minnesota, but the fact that the small town was barely even a dot on the map had made it all the more appealing. Simply put, I'd wanted to get lost. I'd wanted a fresh start, to begin life anew without the heavy weight of expectation and constant self-doubt on my shoulders. I'd pictured a solitary lifestyle in a no-name town where no one wondered or cared who I was.

I'd gotten the fresh start part, but there was nothing solitary about my life. I wasn't even sure how it had occurred, but I knew who was responsible for it. The same men who'd taken Newt and his older brother, Isaac, into their lives had taken me in as well. No questions asked, no expectations of something in return. It was something I still found myself doubting on occasion. How many nights did I still lie awake in my bed too afraid to fall asleep for fear that I'd wake up and find that it had all been a dream? That I was back in the too-clean, too-sterile, too-perfect oceanfront beach house that had served as my prison for so long?