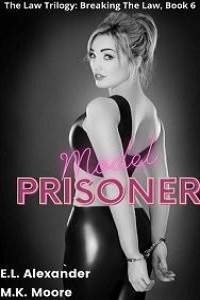 "Will the jury foreperson please stand? Has the jury reached an unanimous verdict?" The judges voice booms into the microphone on the bench.

"Yes, Your Honor." I watch in slow-motion horror as the older woman hands a folded piece of paper to the bailiff. The look she gives me tells me she doesn't like a thing about me. Great. The bailiff hands it to the judge who reads the page silently. I feel like I am about to come out of my skin. I am so freaking anxious.

"What say you, madam foreperson?" Judge Hahn, of the District Court of North Georgia asks. I have been sitting in this seat for weeks now as so-called evidence of my crime is plastered all over the courtroom and in the press. I had asked for a change of venue, somewhere outside of Atlanta but that request was denied.

"We, the jury, find the defendant, Victoria Rae Winston, guilty of one count embezzlement and fifteen counts of wire fraud."

Guilty. The word echoes in my mind over and over. I literally can’t believe it. I know criminals say that they are innocent all the time, but in my case, I really am.

"The court thanks you for your service and you are excused."

“Ms. Winston, you have been found guilty of the crimes you’ve been accused of. Would you like to make a statement?” Judge Hahn asks. He keeps leering at me. I don’t like it, but there’s nothing I can do about it. Unfortunately, it’s nothing new for me. Due to my line of work men think they have the right to do and say whatever they want when it comes to me and nothing could be further from the truth.

“I would not, your honor,” I say. My lawyer told me that I shouldn’t say anything. Not for the first time, I wonder if he cares about me or this case at all. Jacob Porter is a highly sought-after attorney, but he took the case pro bono and beggars can't be choosers. My personal and thankfully untouched assets have been frozen. I will be using it to pay the charity back. I have too. Those kids need me. I just need to clear my name now. Between modeling and acting, I’ve made more than enough to pay it back, but I shouldn’t have to. It never should have happened. I realize too late that Mr. Porter did this for notoriety and the free press that follows me wherever I go. I don’t think he had any intention of winning this case for me.

“Is there any objection to handing down sentencing today? No need to drag this out.” I’ve learned that non-drug or capital murder federal court cases go much quicker than that of a county court.

“No, your honor,” the district attorney says.

“No, your honor,” I answered quietly.

“Very well. Victoria Winston, you are hereby ordered to serve one to three years in the Santa Rosita Minimum Security Prison outside of Silver Falls. Bailiff Richards, take the defendant into custody.”

Somehow, it’s not as dramatic as I thought it would be. I go quietly into the holding cell of the courthouse. For the first time since all this started, I cry. Silent tears stream down my cheeks while I think about how I got here.

It all started in 2015 when I was fourteen years old. I should have left well enough alone. I shouldn’t have begged my parents mercilessly until they gave me what I wanted. I was shopping at the mall in Buford, Georgia about an hour outside of my tiny town of Hoschton when I was discovered. Less than a week later I was emancipated from my parents and on a shoot in Paris. Me, Vickie Rae Winston, in Paris. Hell, I still had scabbed up knees from fighting with my brothers and suddenly I was on runways. It was the summer between eighth and ninth grade and I thought I was amazing. Little did I know that my eighth-grade education combined with a tutor whose only job was to teach me just enough to pass my GED left me with giant holes when it comes to book smarts, as in I have none. I was overwhelmed and alone. I looked up to older, more experienced models along with my one and only friend Oakley. While she avoided their vices, I held my hand out like a little kid looking for candy. It came in the form of diet pills and Diet Coke, occasionally some harder drugs, never enough to become addicted, but enough to take the edge off or keep me awake. I never ate unless I was going to pass out. Even then, I didn’t eat much, just enough to keep me going. It wasn’t long before Oakley and I were everywhere. Print ads, billboards, commercials, movies. We were famous overnight. She did it the right way whereas I blew my money and flitted from one job to another. Her mom was her manager and she managed to avoid all the bad. I dove in headfirst and lost my only friend. A solid five years of underage drinking, drugs, partying, and endless shoots have taken a toll on me. More than once I was offered more… provocative roles, okay, porn but I turned those down. Despite my lifestyle, I still went to church and kept the