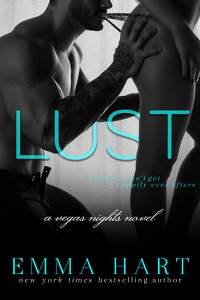 Sometimes, a girl just didn’t need a finger up her asshole.

Today was that day.

Thank god I made him pay before I fucked him. I wanted to get the hell out of this room—and before he did. I’d been stiffed with a hotel bill before, which basically meant all the degrading bullshit I’d put myself through that evening had been for nothing.

I brushed my hair up into a ponytail. The band snapped against my fingers right as the sound of a phone ringing shrilly crept through the crack in the bathroom door. The sounds of a scramble ensued, followed by a very clear, very bright, “Hi, honey!”

Yeah. I’d be bright and happy if I were a guy who’d just got my dick sucked by a professional.

If I had business cards, that’s what I’d put on them. Perrie Fox: Professional dick sucker. It had a ring to it.

As much as I wanted to stand here and cuss out the guy, I couldn’t complain. One, I was as bad as he was. Two, he’d paid me enough to keep the roof over mine and my daughter’s heads and feed us for the next several days. This was also my cue to leave.

I knew how it went. He’d speak to his wife for at least fifteen minutes, telling her all the things he’d done. Then, when she inevitably saw the credit card bill or bank statement—or she’d been online—he’d explain away the cash withdrawal as a little gambling he’d inevitably lost.

Welcome to Sin City. Not even Satan wanted half these fucktards.

I stuffed my heels in my purse and slipped on my flats. They allowed me to escape through the suite unnoticed. I didn’t know which room the guy was in, but he didn’t hear the click or creak of the door as I made my getaway.

I’d learned to read people in the few years I’d been doing this. It came in handy—if I had to approach anyone in a busy place, it made it easy to pick out who I could sidle up next to at the bar or the gambling table and get lucky with. I was rarely wrong. I couldn’t afford to be wrong—if I was, by the time I’d realized it, someone else had grabbed the right guy.

Anyway, this meant I knew exactly what kind of man the guy I’d just disappeared on was. Aside from being a sleazeball cheat, he was one those. He’d ask for my number to call every time he was in Vegas since he was here for business.

The fact he’d told me, mid-screw, that I was the best hooker he’d ever paid for gave that away.

Unfortunately, I’d had virgins give me a better time, so he could suck it.

I certainly wouldn’t be doing any more sucking for him.

I handed my ticket to the hotel valet. He’d already been slipped a hundred bucks by the guy, whatever his name actually was, so the valet retrieved my car and handed me the keys without a word. He knew exactly what I was. I wasn’t exactly a stranger at any of the hotels in Vegas, but as long as they kept getting business out of me, they didn’t really care that much.

Because, let’s face it. This was Vegas. Hookers weren’t exactly unique here.

It was whatever to me.

I slipped the valet ten dollars and got into my car. It wasn’t the newest car—hell, it was older than my daughter, so I stood out like a sore thumb at this high-end hotel, but no amount of luxury could disguise what I was, and it was just that simple.

No matter how you looked at it or even considered the fact my family owned half the strip clubs in Las Vegas. I always was and always would be a whore, because they were all but dead to me.

Stuck in traffic, I tapped my fingers against the top of the steering wheel. The minutes were clicking over on the clock, and I was ever more aware of the fact that if those minutes ticked over the hour, my sitter was going to cost me even more money. Which was a joke in itself, because my daughter, Lola, would be asleep. And if she wasn’t, I needed a new damn sitter since it was a quarter to midnight.

Thankfully, I managed to escape down a side road and made it home minutes before the clock hit twelve. I hastily paid my sitter, bid her goodnight, and locked the door as she left. I watched through the window as she got into her car and drove off down the street into the darkness.