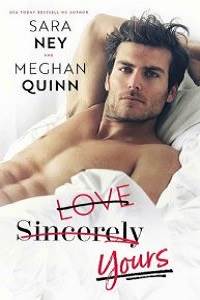 Vivian: God, why is he such an asshole?

Kimberly: Don’t you think the better question is, “Poor George, why is he never prepared?”

Peyton: George spends more time at the latte machine than his computer. That’s why. And look how jolly he is. Like a cute little Santa Claus . . .

Kimberly: Oh crap, Vivian, look out. He’s coming for you.

“Vivian, what came out of your test study?” A man’s voice cuts into our group chat and, unprepared, our coworker stumbles to pull her notes up on her iPad.

Kimberly: Shit. Viv is a goner.

Kimberly: Maybe if the devil himself wasn’t breathing down her neck, she wouldn’t be sweating so much.

Peyton: To be fair, we are in the middle of a meeting. She should be prepared, not pretending to take notes white chatting online.

Kimberly: Look how irritated he is. His nostrils are flaring.

Peyton: Yeah . . . look at his face. He looks like a dragon tempted to light the entire room on fire.

I turn to study him from my position at the conference table, the long wooden slab a monolithic buffer between my boss and me. He’s at the head of the table, brandishing control and his silver tongue over the room like a sharp sword.

No one is safe from his contempt.

I watch as he reprimands my friend from the marketing department—her small office is two down from mine—laying both palms on the desk and leaning toward her.

“I have no new ideas to work with here. How the fu—” He stops himself from cursing mid-sentence, pausing to take a deep breath and starting over. He then runs one of those large, masculine palms through his dark hair. “What the hell is it you do in your office all day? Stare out the damn windows waiting for inspiration? I want you outside for fuck’s sake. Go climb a goddamn mountain. This is an outdoor adventures company, for fuck’s sake. Go outdoors.”

He pins a mammoth, brawny guy named Branson with a hard, emotionless stare. “Innovation is one of your jobs, Branson. Take a tent out, set the fucking thing up, and find a way to improve it.”

“Look. I know we’ve just come off the holiday season and everyone is beat, but if we don’t get some advances with our designs to boost sales, this fiscal year will end up being complete shit.”

He drones on, his deep voice reverberating off the walls as we all sit silently, holding our breath.

Vivian: Uh, hey guys? Do you think he still wants my notes?

Kimberly: Fuck your notes, Viv. Don’t say another word unless your “notes” are actual notes.

Peyton: Pretty sure you lost your moment before he stood up and starting pacing like a tiger at the zoo.

Vivian: Thank God. I had nothing new to add.

I watch across the table as Vivian slouches with relief, a sly smile playing across her bubblegum-painted lips. Her lithe fingers tap away at the iPad propped up on the table, and I know her next message isn’t to us.

Kimberly: Do you not have notes because you were so focused on flirting with the guy online that has—how did you put it . . .

Vivian: I can’t be accountable for my actions. I have to flirt.

Peyton: You don’t even know if he’s real.

Vivian: Who cares if he’s real? He’s the perfect distraction.

“I want everyone to crawl back to their hole of an office and pull an idea out of their ass by noon. This is the summer of ‘roughing it.’ Our target demographic—Harry can provide the data—is the millennial and the yuppy. If you don’t know what a yuppy is, google it. If you can’t figure out how to do that, clear the shit out of your desk.”

At the mention of his name, Harry blanches, an unattractive contrast to the muddy-green color of his short-sleeve plaid shirt. His neck turns a muddy burgundy, which only serves to highlight the stubble his razor missed when he shaved this morning.

Peyton: Yeah, I saw that—gross. He looks like he’s about to barf. You heard what happened though, right?

Vivian: No, what happened?

Peyton: Rumor has it, the ad copy he proofed for Mountain Man Magazine had three errors in it.

Kimberly: NO IT DID NOT

Our boss levitates Harry with a pair of eyes so grey I squirm, though they’re not directed anywhere in my direction.