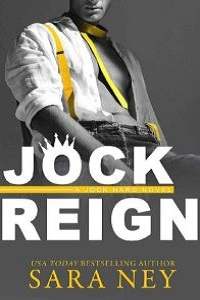 Things I’ve done in the past month that aren’t characteristically me:

Broken up with my long-time girlfriend, Caroline, to whom everyone thought I would propose.

Decided to go back to Uni instead of taking a gap year.

Oh, and did I mention packing up my belongings, putting them in storage, subletting the flat my parents were financing, and moving halfway around the world?

Yeah. I did all that.

I don’t regret breaking things off with Caroline—it was a long time coming and something I’ve wanted for ages; I just didn’t have the motivation to actually do it.

She was bossy, prissy, and controlling, and our relationship had turned into a stressful, not fun, sexless partnership. Sure, we looked great standing beside each other, but behind closed doors was a different story.

I couldn’t be myself, wasn’t happy, and I certainly didn’t want to be the person I was becoming when I was with her:

Welp. It’s not an issue anymore because not only are we finished, she can’t drop in on me unexpectedly to try to change my mind.

Those days are over.

No amount of groveling or the promise of hot sex could make me stay with Caroline, who was only with me because of my last name and the desire to make it her own.

Caroline hated sex in most forms, ergo we rarely had it, unless of course it was a special occasion, like my birthday or Trooping the Colour, a day she loved celebrating.

Blasted Caroline—she’s in my back mirror now, and I’m happy for it.

I’ve been in the States a few weeks already and love it.

I bloody love the students and the professors and this college town that is huge but small with its diverse population; plenty to do and see and eat.

Plenty of parties on the weekend.

I’m front and center at a party currently, a fall party at the rugby house—a sport they won’t start playing until spring but still practice for at the indoor facility. I’ve always been shit at the game, but the lads here are determined to recruit me.

My brother Ashley played here, and they want me to play as well.

Never quite had the opportunity to get good, another pitfall of my relationship with Caroline—she never wanted a boyfriend who was banged up or cracked in the knob. Zero tolerance for injuries or the time practices took up; she wanted it all for herself.

It’s not for lack of desire to play, but mostly for hesitating out of embarrassment—my new mates don’t need to find out any sooner than they have to that I’m crap.

Watching videos online and reading the rules, learning them, or at least trying to.

I do what I bloody have to; I need a group of close mates while I’m here—they’ve had my back since the day I landed in the States, and I’m not going to fuck this up by royally sucking.

I lift a cup of beer to my mouth, sipping at the foam.

Chug with a grimace.

It’s not a Guinness or a Stella, but it will do—this isn’t a social with highborn bluebloods.

“Hey Jackie, ready for the big day tomorrow? Feels a lot like the first day of school, huh?” One of the guys on the rugby team claps a hand on my shoulder and gives it a commiserating squeeze.

“Can’t wait,” I lie, ball forming in the pit of my stomach.

“The guys and I were talking about how excited we are to see Ashley Jones’ bro in action. So fucking pumped, dude.”

It’s Dryden-Jones, not Jones, but that’s neither here nor there.

“We’re going to kill it this season.” He raises his hand so I can high-five him, and I do, albeit weakly.

“Lower your expectations.” I laugh.

“Come on, don’t be modest…” he teases, oblivious to the anxiety raging inside my body.

“Mate, I’m not being modest.” I push out another laugh. “I wouldn’t know a scrum from a hole in my arse.”

The usual type that hangs out at these parties.

I’ve been to parties before, sure, but nothing like this.

I spent years doing the “London Underground” thing—secret parties and dance clubs fueled by and for the rich and famous.

The offspring of them, too.

Those nights were fun but contrived.

Not that these Uni parties aren’t. There is absolutely nothing glamorous about a small, dilapidated house that is desperate for a renovation, crammed full of people and only swinging one beverage.

Cheap, foamy beer at a makeshift bar fashioned out of plywood, tended by members of the rugby team.