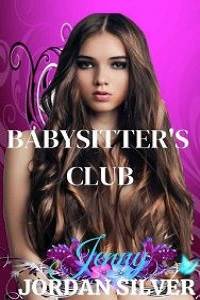 When she was eight and I sixteen, she had a tremendous crush on me. It was easy to see in the way she’d follow me around the neighborhood, or the way she’d always show up every time I left my house to go shoot hoops outside in the basketball net I had set up above my garage door.

Everyone in the neighborhood seemed to know and made fun of it in a kind way; they thought it was cute. I didn’t mind much, as long as she didn’t pester me when one of my girlfriends were around, which she seemed to never be around for, thankfully. Her mooning might have put some of them off. It was so persistent.

I’m not quite sure when it began, I don’t even know when she and her family moved into the neighborhood, but I knew they were new here. It seems like one day she was just there. At first, I paid her no mind, I was much older after all and didn’t hang around with kids her age, but she was so silent in her approach that it was hard to admonish her for existing.

I did notice after a while that she seemed to have a keen sense of where I’d be and when, until it became more and more obvious that she had a constant watch on my house, which wasn’t that easy from her home which was down the street and around the corner, which meant she must’ve spent a considerable amount of time sitting on the sidewalk watching my front door and driveway for my appearance.

I didn’t discourage nor encourage her little girl crush. I didn’t go out of my way to be friendly or not. I guess it wasn’t that important to me; she was just there, just one of those things that happen in life. I did resent her just a little bit, though when my friends started teasing me about my little girlfriend.

Something I did not find in the least bit funny in this day and age with grown-ass men hurting little girls in the name of love. So as things progressed, I found myself having to bite back harsh retorts whenever I’d catch her shadowing me.

As mom had said one day when I brought it up to her in frustration, she was just a lonely little girl, and there was no harm in it. So I smiled instead of showing her my growing unease and sometimes anger.

It helped that she never really said anything much to me, and in all honesty never really invaded my space. It’s just that she was always there, on the outskirts of my life looking in, like a silent watcher. It might’ve been borderline creepy if she wasn’t so adorable. After a while, I came to see the whole situation the way mom had explained it, just a harmless little crush, and who doesn’t have those?

Funnily enough, it was only after I accepted things that way that she opened up. She got closer and closer and sometimes would even run the ball back to me when I was shooting hoops by myself, and it rolled towards the street.

So far, though, her conversation consisted of hi and bye. Anything more, like asking her, her name and she’d take off running back towards her house. I’d watch her and laugh, shaking my head at how strange the female of the species really is. They’re confusing at any age.

As time went on, she lost some of that timidity, not all but some. Sometimes I’d notice her studying me in an odd way with her head tilted to the side and a faraway look on her face, a look that seemed way beyond her years. I never asked her what she was thinking, choosing not to know.

Then one day, she got bold enough to come right out and tell me how she felt. Her cute little face was red as a-sunburn that pert little nose of hers wrinkled in the most adorable way as she said the words. “I’m going to marry you one day.”

I stopped with the ball in my hand, ready to shoot and looked down at her as she sat on the edge of my side lawn. I’ve always gone out of my way not to hurt her feelings, she was just a kid after all, and though she was still underfoot, I wouldn’t say she was intrusive. For whatever reason that day, I decided to play along with her.

“Okay, when you grow up, I’ll marry you.” When she smiled, those dimples in her cheeks transformed her into a smashing beauty that I was sure would one day break many a heart.

“Really? When? How old do I have to be to be a grown-up?” See, that’s another thing about Jenny, she’s about the most innocent eight-year-old I know. To be asking that question in this day and age, the days of computers and social media where kids would be lucky to escape with their innocence intact after one foray through Facebook; it’s one of the reasons I never minded her too much.