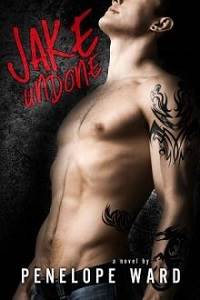 She loved to pull on my lip ring. It was her favorite thing to do.

She pulled my lip again and started laughing this time.

I loved her laugh.

She laughed even harder, and it was infectious because now I was laughing too.

“You’re so cute. You know I could never be done with you, right?”

I hugged her hard and then lifted her up as the smell of shit wafted through the air.

“Aw, hell, girl. What did your mother feed you this morning?”

My niece started giggling again, as if she understood me. That belly laugh was music to my ears. Holly was only six months, but I swore she understood everything I said. I reached over for a diaper and some wipes and began to unwrap the load.

“Oooh, so whatever you had, it was green. Nice.”

Just then, the phone rang, and I could see from the caller i.d. that it was Alex, one of my engineering study partners. Why the hell was he calling?

I held up my hands. “Stay there, Holly. Don’t move,” I said, grabbing the cordless phone. “Yo.”

“Jake, dude, where the hell are you?”

“Did you forget Professor Sarma moved the exam to this morning?”

I scratched my head. “No, he didn’t. He moved it to Tuesday.”

The realization that he was right set in. “Oh, crap!”

My sister, Allison, had switched the babysitting day on me this week, and it screwed me all up.

“Fuck!” I yelled into the phone.

“You can still make it here in time if you hurry,” Alex said.

Before I had a chance to respond, I looked over at Holly on the couch and saw that she had managed to touch her ass and get poop all over her fingers.

“Code brown, Alex. I gotta go.” I hung up the phone and rushed over to the baby who was still smiling at me, happier than a pig in shit.

“Okay, sweet pea. That was Uncle Jake’s fault. We are gonna get you clean and then hightail it outta here. I can still make the last half hour of the exam if we hurry.”

Holly squealed in delight amidst the chaos.

I took her over to the sink, holding her with one hand as I used the other to spray her hands and bottom vigorously with the nozzle, adding some dishwashing liquid. That mess was too far gone for baby wipes.

Once cleaned and smelling like Palmolive, I bundled her up and propped her on my chest in the carrier my sister left me, grabbed the diaper bag and ran out the door.

Holly bounced up and down, as I ran down the street to the train station.

We boarded the train, and the looks and reactions I got from the yuppie passengers were typical. I could imagine what they were thinking: Who is this tattooed, pierced bastard wearing all black carrying a little innocent peanut in a baby carrier?

I envisioned Amber Alerts being called into the Boston police. They looked at me as if I was going to friggin’ jump them with this baby on my chest. Those judgmental people always made me laugh, though.

The train suddenly stopped. The conductor announced that there was a small mechanical issue being worked on and that we would be moving in a few minutes.

Ten minutes and one bottle of formula later, the train started moving again.

I had totally screwed today up. If I were lucky, I would catch the professor at the end of the exam and play the sympathy card with Holly in tow.

When we got to Ruggles station, it was pouring out. I grabbed a plastic Walmart bag out of the black tote and put it on top of Holly’s head like a hat, careful not to cover her face.

Running through puddles, we finally made it to the building. When I entered the classroom, it was a ghost town. Professor Sarma was gone. I had missed the entire exam and couldn’t even plead my case.

We made our way back outside, and it was now raining cats and dogs.

Holly was giggling again and started to hiccup.

I adjusted the plastic bag away from her face. “What are you laughing at? Huh?”

I looked up and saw that Holly was staring straight ahead at a girl who was spinning around and dancing in the rain. Everyone else around us was running for cover, but this girl was staring up at the sky, letting the water pour down on her and relishing every moment of it. She certainly didn’t seem to care who was looking at her.

After a few minutes of watching this in amazement, we walked slowly toward her. The closer we got, the more excited Holly became, flailing her arms and legs in the carrier.