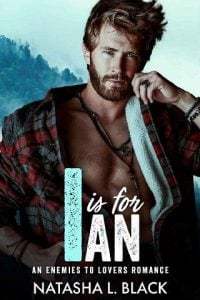 “Where are all the damn pacifiers?”

I groaned, walking toward the back of the storage room.

Meghan, one of the head nurses on the pediatric unit, was behind me, half-heartedly looking in boxes or totes to see if she could find the pacifiers. She had already searched this room twice. If she couldn’t find them, they likely weren’t there. I typically found peace and solace at work, no matter how chaotic my job as a pediatrician in the hospital could be. Well, I used to find peace and solace until the damned construction crew on the floor above us came in and started making enough noise to raise the damn dead.

They were renovating, creating a new and improved floor where the pediatric unit could be separate from the OBGYN and birthing center, with all new state-of-the-art equipment. And offices. Lots of offices.

They had better be some really nice offices for all the God-awful noise they were making.

“Nothing?” Meghan asked as I lifted one box to check the one below it.

“What do you want to do? Do you want me to send someone out for some?”

“I’d prefer if you went. I know I can trust you’ll be back quickly.”

“No problem, Doc. Want anything else while I’m out? Dinner?”

“No, thank you. I’m clocking out the second you get back. Dr. Richards will be on call for the rest of the day if there are any emergencies, but everything should be pretty smooth.”

“They said they’ll stop construction at five,” Meghan said, pointing to the ceiling. “That’s only twenty minutes from now. That will help.”

“Go to the dollar store down the street. Pick up as many pacifiers as they have. I’ll have the hospital put an extra hour on your clock for the week or something.”

With that, Meghan took off, and I went back to work. I hadn’t sat down in at least six hours. My sandwich was still in the refrigerator, uneaten from lunch. The Ashford Baby Boom had hit in full force, and I was burning the candle at both ends just to keep up. Meghan knew that if I didn’t have such a reliable staff, I wouldn’t survive it.

Ashford was a tiny town but growing. Just in the last year, there had been quite a few additions to the town population number. Five Corners Hospital sat at the nexus of five separate towns, servicing all of them and the surrounding area. There were babies suddenly coming out of every town, all the time. The entire time period between Valentine’s Day and Easter must have been very busy indeed.

I felt like I was always on call, which wasn’t far from the truth. But with my lack of hobbies, it was starting to wear on me. Every once in a while, I would try to pick up something to spend my time on, but nothing clicked. Crochet, teaching myself guitar, those fancy adult coloring books, none of it worked. I just went home, crashed, showered, and did it all again the next day.

“You know they’re just getting started,” one of the nurses said to another as I passed the breakfast nook where the coffee and snacks were kept. “They said tomorrow is when it gets going full force.”

“You mean this isn’t full force?” I asked, interrupting them as I went to the tiny fridge there and grabbed a cold water.

“Apparently,” the one with the red curly hair said as she turned. I recognized her as Daisy, one of the newer nurses, transferred here from another area of the hospital. “I was chatting up this cute guy up there, but he didn’t seem all that interested. His name was Bobby. Very fit.”

Daisy had one of those accents that sounded fake when you first heard it because it was such a cliché. In Tennessee, there weren’t many voices that sounded like hers. The Brooklyn came out of her not as a hint, but as a whole, fully formed story of her life and made sure you knew all about her background with just a handful of words.

“Dr. Sutton said they were building him a new office,” the other one, a woman named Su-Ling. said.

“Yeah, a whole suite,” Daisy said. “I saw the plans when I was up there snooping around.”

Rolling my eyes, I stuffed the water bottle in my pocket and went back to the floor, checking in with various patients before I clocked out for the day. Dr. Richards was already in the building, and technically I could leave at any time. But I wanted to bring the pacifiers to the babies that needed them before I left. So, I waited on Meghan to return.

When she finally did, I grabbed the pacifiers, took them to the disinfecting area, prepped them, then brought them out to the little ones. With that done, and the grateful looks on their mothers’ faces making sure I was ending the day on a good note, I clocked out and headed home.