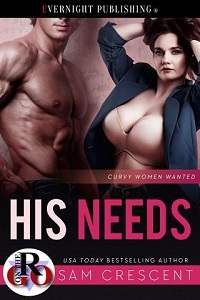 Georgina—or Gina to her family—Lowe growled as she looked at the mess in the sink. It was official, Jared Point was a slob. She couldn’t believe she had agreed to share an apartment with him. They had both gone for the same rental apartment and neither of them could afford the costly price, but they’d gotten past their hatred of one another and agreed to share this apartment. She should have known this wouldn’t work.

They had hated each other for years.

Not exactly true. There was a time they’d been the best of friends. When they were kids, before they got to high school, where he became one of the cool kids and she became the fat, nerdy girl. Jared would poke fun at her when he was around his friends.

He did try to be secret friends, but she’d told him to go fuck himself. If he didn’t want to be her friend in front of his cool buddies, then they were not friends. Simple as that.

She shouldn’t have agreed to live with him.

“Stupid slob,” she said, rolling up the sleeves of her dress and stepping toward the sink.

Gina hated messes, and from the look of the plates and pans, he’d made himself some spaghetti sauce. It was now stuck to the dishes, and that just annoyed her even more. She had no choice but to fill the sink with warm, soapy water to allow them to soak.

Drying her hands on the towel, she shook her head, gritted her teeth, and then stormed across the apartment toward his bedroom.

She got the smaller of the two rooms, but her closet was bigger than his. Being a beautician, she liked to stay current in her clothes so customers were more than happy to come and see her.

Opening a beauty salon in the town where she grew up was a risk, seeing as people often saw her as the nerdy big girl. Customers had entered her salon as if they were going to be met with the devil himself. They had all looked scared, but when she’d stepped out with a smile and a joke, they all soon relaxed. Within months of opening her salon, she’d been able to employ a couple of beauticians who were looking to settle down locally, rather than travel to work. In the future, she hoped to allow a training program, but that was nowhere near to happening.

Now to Jared. He’d never left town, and in fact, was one of the best mechanics around. Women adored him.

Gina saw why. Jared had gotten sexier with age. She hadn’t given him much thought since she left for beauty college, but seeing him now, she realized that age had been kind to him.

He wasn’t married, but he had a reputation around town for being a wild boy. No woman had been able to pin him down.

When she asked him why he wanted to share an apartment with her, he told her straight. She’d be a good shield against women.

There had been a chance for her to walk away, but instead, she’d snapped up the apartment. It was in one of the nicest areas of town, with beautiful views of the surrounding countryside. Not to mention, the space was incredible, and there was even a pool, but she hadn’t gotten a chance to sample it yet.