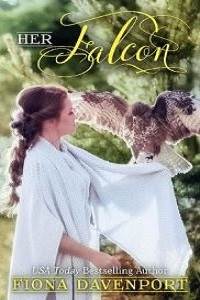 Being a lone shifter wasn’t easy. After being banned from my tower, I had spent almost as much time in my falcon form as I did human. Soaring high above the trees helped ease my animal’s loneliness, but it wasn’t the safest thing to do since I didn’t have anyone to watch my back. I didn’t have a choice, though. I couldn’t keep my falcon caged inside when she longed to be free.

Moving onto territory claimed by a wolf pack helped minimize the risk. They patrolled the wilderness where I flew, and other shifters wouldn’t roam on their land without permission.

The same held true for me, which was why I’d approached their alpha when I arrived in Lake Park. I’d been lucky that he’d been okay with me staying here—as long as I kept a low profile and didn’t cause any trouble. It wasn’t exactly a warm welcome, but the offer was more than I’d expected.

Most packs would have told me that my time in their town needed to be short since I was a loner. There was a lot of distrust in the shifter world when it came to those of us who had been banned. I’d experienced it myself, running up against plenty of assumptions about what I must’ve done to get kicked out of my tower. All of them bad.

But for the past six months, I had found a certain degree of peace. The local pack members kept their distance from me, so they didn’t have many chances to dish me crap about being a loner. As a freelance wildlife journalist, I didn’t have to interact with many people, which I loved.

I also didn’t make a lot of money. Not that I needed much. I kept a room in a boarding house in town, but I spent most of my time in the forest. The precautions I took before shifting into my animal form—listening to make sure nobody was nearby and waiting an extra fifteen minutes to be doubly certain—had worked well for me ever since I’d moved to Lake Park. Until the worst day of my life.

I allowed myself to get too comfortable and let my guard down. The animals who lived in the wilderness accepted my falcon, so I used that form when I was trailing a pack of red wolves. They were a critically endangered species, with fewer than twenty known to exist in the wild. Finding a pack of six with a breeding pair and four offspring was a major accomplishment.

In my falcon form, I followed the wolves to their den and was able to observe them for several days. Knowing that I needed some photos of them to go along with my story, I finally raced back to the clothes I’d left behind so I could head into town to grab my camera from my room. In my excitement, I wasn’t as careful as I should have been as I neared my hidey hole.

My mind was on how adorable the youngest red wolf pup would look in the photos I was going to take. I didn’t notice that my clothes weren’t in the same spot as I dived toward where I’d left them. Hurtling toward the ground at almost my full diving speed of two hundred miles per hour, I was moving too fast to realize what was happening in time to save myself. As soon as my talons hit the ground, a net sprung over me.

“A-ha! Knew you’d come back sooner or later, and then I’d have you!”

A man crouched down and peered through the net, satisfaction gleaming in his beady eyes. I was still disoriented from the bownet trap being sprung, and it took me longer than it should have to realize the implication of his words. By the time it dawned on me that the human must have known I was a shifter if he’d deliberately staked out my hidden clothes, it was too late.

I didn’t have time to change into my human form before he lifted his hand and sprayed something in my face. Whatever drug was in the mist that hit my nostrils was fast-acting because my vision quickly turned dark as my falcon’s body flopped onto the ground. The next thing I knew, I woke up in a dank basement with concrete walls. I wanted nothing more than to change back, but my vision cleared before I tried to shift, and I spotted the silver bars directly in front of my face. Twisting my neck, I saw they surrounded me in a tight circle. The space was so small that my wings would touch the bars if I spread them to their full length.

I was trapped. Doubly so. By the cage surrounding me and my animal form…while my human side curled into a ball inside my falcon’s body and wept.