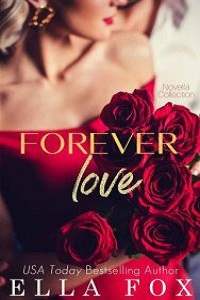 Rules of surviving a breakup:

1. Do avoid your ex like he's a bill collector

2. Do block his emails and change your phone number if necessary

3. Do bury your head in the sand while you try (and fail) to get over him

4. Don't talk to him when he shows up while you're in the middle of the blind date from hell

5. Don't agree to go home with him when says he needs to talk to you

Mason and Rory are going to work their issue out in the hottest way possible.

My hips shook while I sang along to Maroon 5's Animals as I finished polishing the mahogany desk in the CEO's office. With the last portion of the wood buffed to a pristine shine, I tucked the neon orange microfiber cloth I'd been using into the pocket of my work apron. Pleased with the thoroughness of my cleaning, I allowed myself a few seconds to dance. My hands were up over my head as I continued singing, and I wiggled my hips as I spun around toward my cart.

My warbling came to an abrupt halt as I spun around and realized I wasn't alone in the room. I could feel my cheeks turning a tomato shade of red as I yanked the earbuds from my ears, my mouth hanging open like a trapdoor.

My over-the-top reaction was a response to the single most gorgeous man I'd ever seen in my life leaning against the closed office door. Black hair and a carefully trimmed beard accentuated a face that made my mouth go dry.

Casually dressed in well-worn blue jeans, a pale gray tee and a pair of black Doc Martens, he somehow managed to look like he'd just stepped out of the pages of a magazine. I tried to speak, but nothing came out. This was because I could not stop gaping at him. His eyes held mine as he strode across the room with great purpose as he covered the distance between us. When he stopped in front of me, I realized his eyes were a unique dark navy color, one I'd never seen before.

"Are you wearing colored contacts?" I blurted.

His eyes widened in surprise before he barked out a laugh.

I barely refrained from smacking my forehead while I groaned inwardly. Jesus. I'd just been caught getting down like a backup dancer for JLo and the first words I managed to force out were about his eyes. I knew he had to be thinking I was a complete lunatic.

"I'm not wearing contacts," he answered, the laughter still in his voice as he came to a stop in front of me. "My grandmother claims God went a little darker when he colored in my eyes."

My humiliation soared to new heights when he mentioned his grandmother because I knew my assumption about who he was had to be correct. There was no doubt that I was looking at Jacob Channing, the CEO of Fragrance Allure. Not only had I just been busted dancing, one of the owners of the company had been the one to catch me in the act.

I swallowed past the nerves tightening up my throat as I looked down to the cream color Berber carpet beneath my feet. I'd been on the job for eight months without incident but there was no doubt in my mind I was about to be fired.

My only option was to throw myself at his mercy. "I'm so, so sorry—"

His eyebrows pinched together as he cocked his head to the side. "For what?"

I was entirely too transfixed by him, so much so that I had to force myself to look away.

Several seconds had passed before I dared to let my gaze return to his face. Major mistake. I tried not to allow myself to get sucked into staring into his eyes, but I'd miscalculated in a big way. Instead, my attention was on his lips. Dear sweet Jesus, they were perfection. They were the definition of the term kissable, so much so that I had to fight a damn near overwhelming urge to lean in and trace my tongue across his lower lip.

I forced myself to look down, which wasn't any better. The gray tee stretched across his broad chest might as well have had you know you want to touch this written on the front. Heaven help me, I really did.

"It would be criminal to fire you for dancing," he replied.

God, the timbre of his deep voice made me want things I'd never even considered before. I knew I was blushing harder as the temperature in the room went up about eighty degrees. I stifled a groan when I felt a bead of sweat sliding down my back beneath my shirt.

It wasn't fair that he looked like six plus feet of absolute perfection while I was wearing navy blue polyester shorts, a yellow polo shirt with the company logo stitched over the left breast, and a pair of Keds. My self-confidence was nil at the moment, and that wasn't taking into account that my platinum blonde and pink hair was in Pocahontas style braids. The short navy and yellow polka dot covered apron I wore was the mortifying cherry on top.